As students head back to school across the country, a small school district in America’s heartland is proudly celebrating educational gains and steady teacher retention. Located less than two hours west of Chicago, Meridian Community Unit School District 223 in Stillman Valley, Illinois, has about 1,400 students in pre-K through 12th grade and 270 teachers.

The community has very few commercial and industrial businesses. However, over the years, its schools have seen dramatic growth in one particular area: technology.

Superintendent PJ Caposey is a prolific author who has been at the helm of the district for the past 10 years. EdTech recently talked with him about the role technology plays in its back-to-school efforts.

EDTECH: What inspired you to become an educator?

CAPOSEY: Right after I turned 17, I was diagnosed with cancer, and obviously my world got flipped upside down.

People talk about privilege now, and I was kind of hit with every stick of the privilege tree. I remember writing a note to the teacher saying, “We’re just going to skip calculus right now, and I’ll come back to it in my senior year if I’m feeling better.”

Click the banner to discover more advice and anecdotes on the new school year from IT leaders.

The next morning, the calculus teacher just showed up at my door, and he did that almost every day or every night until I could pass the class. At that moment, I realized, “Oh, wow!” These teachers played this really important role that I just hadn’t appreciated before because I hadn’t personally needed it.

At that moment, my mind was made up. I wanted to be a teacher, and I wanted to do that for other people.

EDTECH: Educators have been going through a lot lately. Do you feel the same today, a few years into the pandemic?

CAPOSEY: Yes, 1,000 percent — I feel that way now more than ever. But if I told you there weren’t a couple of months during the pandemic that I wasn’t shaken up, I’d be lying.

EDTECH: In your TEDx Talk, you mention that when schools don’t reflect society, they become irrelevant. What role do you see technology playing in today’s schools?

CAPOSEY: It is quite literally our job to create productive citizens. If schools don’t reflect the society and the real world that students are entering, then quite frankly, we’re not doing our jobs.

When we look at the world, technology is pervasive. For years in schools, it’s like educators were fighting against that instead of embracing it. I think there’s been a dramatic shift over the past five years, accelerated by the pandemic.

But I also think that we’re changing at a linear pace, whereas society is changing at a logarithmic, exponential pace. So, we have a handful of things that we should be really cognizant of as we figure out what our next steps need to be.

EDTECH: What do you think Meridian has done to prepare students for a world where technology is the norm?

CAPOSEY: At Meridian, I think we’ve played a massive, massive game of catch-up. In terms of getting current with technology, in terms of where schools are at now, I’d say we are slightly ahead of where many other schools are at using technology, but not necessarily reflective of society either.

I think that we still have a ways to go, and it’s not necessarily about access to technology at this point. It’s about mindset when using technology.

EDTECH: You’ve said that when you started at Meridian 10 years ago, the district didn’t even have email. Where is your district now technologically, and how did you get there?

CAPOSEY: We didn’t have email or data storage when I first got there because there was a crash that was so significant, they couldn’t figure out how to repair it.

So, when I got there, we became a Google school and incrementally moved forward. Then we rewired all of our buildings to become wirelessly accessible and went one-to-one with Chromebooks. We became the first school in our region to pay our teachers to become Google-certified to deploy everything by Google Workspace for Education. So, when the pandemic hit, we were uniquely well positioned to weather that storm, because all of our teachers could do Google Classroom.

We have district-provided Wi-Fi for any student who needs it in their household, regardless of income status and whether they have demonstrated need.

It’s been incremental, year-by-year progress. I’d say the past two years, our focus has been largely on cybersecurity, to make sure that we are as safe as possible in every aspect of the technology experience, for our kids and for our district. 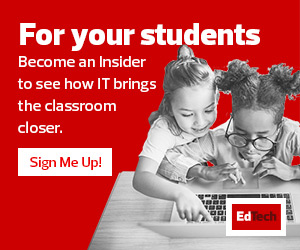 EDTECH: How do you see technology helping the students in your more agricultural, small-town district prepare for work that may not be available in their town?

CAPOSEY: I think that access matters. What we are trying to do in many cases with technology is provide exposure and comfort, because a lot of the jobs we are preparing kids for might not yet exist. So, if we are not exposing kids to what is new in general and to new and specific industries, then we’re doing them a rather large disservice. If our prep classes are using antiquated equipment or antiquated technology, then it doesn’t do our kids any justice when they go into the real world.

We just went through this when we were instituting a graphic design course. We’re a Google and Microsoft district, but we had to create a Mac lab because that’s the industry standard. If we’re not willing to be cognizant of the trends going on in the industry, then we’re not doing everything we can to prepare kids for wherever their tomorrow is.

EDTECH: In addition to the new graphics lab, what other tech updates or upgrades have you made over the summer?

CAPOSEY: We took advantage of the Emergency Connectivity Fund. We advanced our Chromebook recycling, so every student will have a new Chromebook this year.

EDTECH: What else is Meridian focused on as you head back to school this year?

CAPOSEY: What we’re kind of obsessing over, and I think we will be for the next two years, is return on investment and ensuring that we are actually using software that we’ve purchased pre-pandemic and during the pandemic, and that it’s benefiting kids.

We are also focused on creating systems and protocols for teachers and staff to bring new software ideas to us in a formulaic manner.

EDTECH: In a Twitter poll, our audience indicated that infrastructure and security were their top concerns. Do you share those concerns?

CAPOSEY: About four years ago, I would have had a laundry list for you. We had a third party come in and do an intensive tech audit, and there were literally no findings. So, as it stands right now, I am exceptionally pleased.

As everyone heads #BacktoSchool, where does your #K12 district need the most support?

We have invested heavily in technology, and I believe we’ve done it the correct way because we focused on infrastructure first. The thing we need to do better at is in school security and placing cameras everywhere since we now have the infrastructure to support it.

EDTECH: You’re a few days into the school year in Meridian. What has been the most exciting part so far?

CAPOSEY: This year, everyone seems ready to turn the page and to get back to what we do best, which is affecting kids and not being health professionals. … What’s standing out to me is that there’s just sincere hope for the future, and people are outside of their own heads and thinking about other people. It feels like school, and I love that. 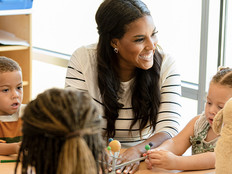 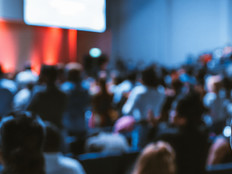 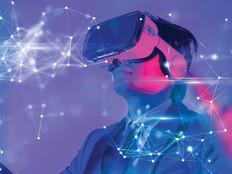