There’s no doubt that the Internet of Things will be huge. Indeed, Gartner forecasts that there will be 25 billion IoT devices in operation by 2020. From wearables and smart home devices to connected infrastructure, the IoT will change the way business gets done.

The technology requires sensors, databases and analytics software, plus bandwidth to connect everything. Many organizations have these components in place, but IT leaders may be hard-pressed to figure out how to bring them all together and put IoT into practice. Here are five real-world examples of IoT implementations that are already yielding efficiencies.

Smart lighting, digital kiosks and a smart water innovation development project, among other improvements, are on the way for Kansas City residents, all of which will take advantage of the IoT. Through a public/private partnership, the city is deploying an intelligent Wi-Fi network that will support the many devices and connected applications that are being planned.

For example, a new service called CityPost currently broadcasts real-time, location-based information and alerts through the network to interactive smart signs and smartphones. In addition, smart lighting can dim more than 93,000 streetlights and turn them back on to full power when the movement of a car or person is detected.

“The infrastructure we’re launching will improve access and services for every resident and visitor in the near future, and in ways we cannot imagine in the years ahead,” says Kansas City Mayor Sly James.

Washington State’s Kent School District educates a diverse population of students at every income level. All students have access to the Internet during the school day, but there’s a disparity once they leave school. A recent improvement, however, brings access to all students.

The school district extended broadband access by placing hotspots throughout the community, in apartment complexes, community centers, banks, restaurants, grocery stores and churches. The kiosks broadcast Wi-Fi signals up to 150 feet and support multiple languages, giving parents a way to review educational progress, attendance and class assignments. Students can find additional Wi-Fi options via an online map that pinpoints the location of other free connectivity in the area.

One of the things students learn when they go away to college is that their parents aren’t there to do their laundry. At Wake Forest University, the IoT is easing the transition to adulthood with several apps that help students do everything from washing their clothes to getting to class on time.

Laundry View, for example, ties into connected washers and dryers to let students know which machines are available for use. Once laundry is in progress, students can use the same app to see how long it takes for their sheets to dry. Another app, Ride the Wake, displays the location of the university’s shuttle buses to help students plan their rides to class.

Last May, the Department of Justice announced a $20 million wearable camera pilot program that puts IoT into the line of fire. The program offers grants to law enforcement departments for the purchase of body-cameras, training and evaluation that will aid prosecution and reduce ambiguity during arrests and other activities.

Body-cams use automatic recording triggers, real-time IP-based Internet connectivity, GPS and other sensors to collect and send video to a central repository where it can be used immediately to deploy more officers and, in the long run, provide evidence for or against the accused.

Californians have grown accustomed to water restrictions. Richard Martinez, the manager of organic production for Deardorff Family Farms in Oxnard, Calif., has found ways to not only work with these restrictions, but to help his employees thrive.

The farm has had a moisture monitoring system in place for several years, and in 2013 began streaming moisture readings and other key metrics from solar-powered sensors in the fields to farmers’ smartphones. This resulted in a potential water savings of 20 to 30 percent. 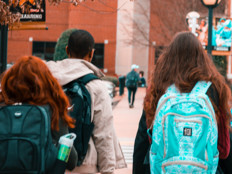 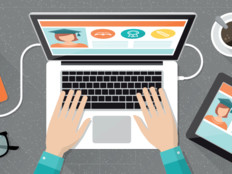