Since 2007, Sarasota County Schools' Alina Klein (seated) and Leona Collesano have helped put refurbished PCs in the homes of more than 3,500 students. José Albarran received his notebook computer through the district's Texcellence program in 2008.

Sarasota County Schools' Texcellence program puts refurbished computers in the hands and homes of students who need them.

Two years ago, JosÃ© Albarran was struggling at school. With no computer at home, the Sarasota, Fla., seventh-grader didn't always complete his homework and papers on time, and his grades – mostly C's – reflected it.

Sarasota County Schools' Texcellence program puts refurbished computers in the hands and homes of students who need them.

Two years ago, José Albarran was struggling at school. With no computer at home, the Sarasota, Fla., seventh-grader didn't always complete his homework and papers on time, and his grades – mostly C's – reflected it.

Albarran's predicament eventually came to the attention of Alina Klein, coordinator of Sarasota County Schools' Texcellence program, which provides free, used computers to its low-income students. Each year, Klein identifies recipients by asking all students to complete a survey about their home computing environment. After reading Albarran's responses, she determined that he was eligible to receive a five-year-old HP notebook, which was refurbished to provide everything he would need to not merely keep up with his studies, but to excel.

He quickly raised his grades and has since earned all A's and B's. "Getting my own computer really changed my life," says Albarran, now 14 and a freshman at one of the district's nine high schools.

Albarran's story is rewarding for district officials, but it's hardly unique. Since its official launch in 2007, the Texcellence program has provided free desktop and notebook computers to more than 3,500 students.

Although the district hasn't yet done a formal study qualitatively linking home computer use to increased academic performance, a recent review by an external evaluator showed that students who receive a Texcellence computer are more likely to go online at home and take advan­tage of extra educational practice activities; to complete their homework on their computer; and to spend extra time exploring applications and features. Students also indicated that having a home computer increased their motivation to learn and their overall interest in school subjects.

"Having their own computer allows children to spend time at home reinforcing the skills they're learning in school," Klein says. "It's also preparing them to be digital learners – a key skill that will be critical to their future success in school and in life."

Unofficially, the Texcellence program began in the late 1990s, when a Sarasota County technology teacher named Ron Zimmerman saw an academic performance gap building between students who had regular access to technology and those who did not. Zimmerman began acquiring old computers in his spare time, refurbishing them in his garage and donating them to students in need.

"Not surprisingly, it eventually got to the point where he wasn't able to manage that effectively while also trying to be a schoolteacher," explains Leona Collesano, Sarasota County Schools' director of information services. (Zimmerman is currently a first-grade teacher at Phillippi Shores Elementary in Sarasota.)

Fortunately, Zimmerman's efforts had already caught the attention of the school board and the Education Foundation of Sarasota County, an independent, nonprofit organization that works closely with the school district to support an array of education programs and initiatives. Together they formalized the program and took it districtwide.

The foundation raises funds to cover the cost of the program coordinator's annual salary and the fees of professional technology trainers. It also pays to refurbish the computers and provide students with educational software, a flash drive, up to a year's worth of Internet access and other technology necessities (see "Value Added," below).

According to Sarasota County Schools Superintendent Lori White, residents, business owners and other local organizations have supported the program enthusiastically. "They are well aware of the 'digital divide,'â€Š" she says, "and they know that education doesn't happen only in the classroom during the school day."

Cindy Kaiser, the foundation's executive director, agrees, noting that it has raised more than $200,000 annually since 2007. "We live in such a high-tech world," she says. "People understand that Texcellence is providing a basic tool that students need to achieve and compete and be successful. And they recognize that the need here is just so great."

That need has only continued to grow. Currently, nearly half of the school district's student population qualifies for free and reduced-price lunches. "That's really our target market for Texcellence, because if they're on that program, they're not likely to have the money for technology in the home," Collesano says.

In the past, she continues, students who couldn't afford a computer made do by going to a neighbor's house, waiting in line at the library or staying after school. "But once they get that computer from us and get it set up in their house, they're no longer limited; they can get on it whenever they want," Collesano explains. "We find that they not only use it, they use it quite a bit, and that's really the key: The more they use it, the more they explore and learn and feel comfortable with technology."

Still, Klein admits, matching a needy student with a donated computer isn't as easy as it sounds. "We're a very big school district, with more than 45 schools and 42,000 students across the county, so it has been very challenging trying to figure out how to make this program efficient," she says.

One of the biggest hurdles has been providing the requisite training. "We don't just say: 'Come pick up your computer,'" Collesano explains. "It's critical that we offer to the students and their families basic training in the tools their computers feature."

"Getting my own computer changed my life," says ninth-grader José Albarran.

Klein and her trainers used to conduct small, weekly training sessions at every school, but they recently began offering classes that are larger and less frequent. "We're still working on the best way to approach this so that what we offer best meets the needs of our parents and students but also optimizes the program's funding," she says.

Equally crucial is taking the time to set basic standards so that the program's computers are functional, if not particularly fancy. "We don't accept or give out junk," Klein says, noting that the computers provided to students can be up to seven years old, as long as they can be refurbished to the current specifications.

"They are minimal specs, but they do allow a child to use the Internet and productivity tools such as Microsoft Office," she says. "Students who just want a computer don't care that it's not the latest and greatest. They're just thrilled to be getting a computer of their own."

In fact, some Texcellence students are so enamored with their new computers that they're eager to learn more about them. Recognizing this, district officials in 2008 began offering "Texcellence Tech Club," an after-school program at one of the middle schools. Club members engage in hands-on activities that help them delve deeper into computer operation, repair, maintenance and security. Albarran, who joined the club shortly after receiving his Texcellence notebook, says he learned so much about troubleshooting that he started helping neighbors whenever they had computer issues.

Klein believes the Texcellence program's benefits extend well beyond its core mission. Not only do students feel empowered in their studies, but their parents and siblings also begin to appreciate the value of technology. Parents, for example, can keep up with their child's school activities by communicating with teachers via e-mail or by visiting the parent portal on the school's website. They've also been known to use their child's computer to send out résumés, monitor finances or research parenting topics online.

"Some of these stories really make you realize how worthwhile the program is and how worthwhile my job is," Klein says. "We're not just providing these families with a computer; we're giving them a tool that will help them in dealing with all aspects of life in the 21st century. That's why we see children and their parents cry when we let them know they've been selected to get one of our computers. They realize the true value of it."

Acquiring and refurbishing old computers is the first (and probably easiest) step in any computer donation program, according to Leona Collesano, director of information services for Sarasota County Schools. To truly be successful, school efforts to connect students with technology also need to include: 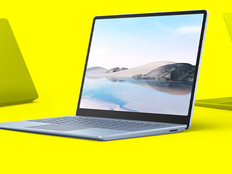 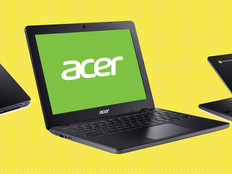