New breakthroughs in real-time data analytics are helping universities improve their security protocols, alerting students, faculty and staff to dangers on campus as they occur.

While many analytics systems can help with long-term safety strategies, such as measuring historical patterns and informing future security protocols, they may not be able to provide the fast communication that is imperative during an on-campus emergency.

Video surveillance is a key element of any campus safety infrastructure. Many universities already use interconnected IP cameras, which campus officers can control and monitor through a central dashboard.

For instance, if students are congregating outside of the entrance to the campus football stadium — which could block people from coming in and out if an emergency were to happen — video analytics software can detect this and alert those monitoring the video feeds, who can then let security officials on the ground know to go disperse that group.

MORE FROM EDTECH: Check out these four tips for a successful upgrade to a digital surveillance system.

Security teams need to keep a watchful eye out for suspicious behavior to keep their campuses safe. In addition to IP cameras, universities are finding geospatial information systems (GIS) and indoor positioning systems (IPS) to be effective tools for preparing and executing emergency response plans. Both solutions use the Internet of Things to collect and send campus data to a central unit for analysis.

With GIS, officials have access to historical data, which can be used to create effective plans for various campus incidents with precision.

“Having GIS information preloaded avoids the need to scramble around,” Gary MacNamara, executive director of public safety and government affairs at Sacred Heart University in Connecticut, tells University Business. “There are so many infrastructure improvements, notification tools, call boxes, pre-positioned emergency resources, evacuation plans and other procedures that it’s difficult to have them all in a usable format when you need them.”

IPS, on the other hand, creates a live map using real-time data, putting the most updated information in the hands of officers who need to adapt their responses to an emergency as it is happening.

“With the indoor positioning system and SafeZone, we’re able to provide a faster response time, whether it’s a medical emergency or an active shooter. Seconds save lives,” Roger Stearns, the university’s assistant chief of police, told In-Building Tech. “Plus, the entire police department benefits from advanced features such as heat mapping and incident playback to optimize performance.”

MORE FROM EDTECH: See what else real-time data analytics can do for higher education institutions.

Some universities are looking forward, researching further integrations of real-time data analytics as part of their smart campus initiatives.

At the University of Central Florida, students and researchers are working on ways to use real-time data analytics software to identify dangerous traffic patterns in the hopes of minimizing the number of car accidents.

Unlike using real-time analytics in conjunction with video surveillance to keep the roads safe, UCF’s project aims to use aggregated data from various sources to identify in real-time when a crash is more likely to occur.

This varies from the current systems cities and campuses use, which analyze past information, such as the annual number of crashes in a specific area or average high-traffic times. According to researchers on the project, using averages is not nearly as reliable as measuring data from multiple sources, such as crash statistics, weather patterns and geometric data.

“The input data are the foundation to conduct real-time, data-driven analysis for road safety,” Mohamed Abdel-Aty, chair of the department of civil, environmental and construction engineering at the University of Central Florida, says in an interview with Government Technology. “My team has utilized these data — including Microwave Vehicle Detection, Automatic Vehicle Identification, Bluetooth, and real-time weather — on both arterials and freeways, including at typical conflict areas (e.g., intersections, weaving areas, ramps, etc.), to develop accurate algorithms that can predict the increase in crash risk in real-time.”

At the University of Iowa, researchers at the university’s Real-Time Analytics of Transportation (REACTOR) lab and the state of Iowa are collaborating to build algorithms that can measure sensor and video information to improve traffic safety.

The program came from a need to develop a system that could comb through the plethora of data the transportation department receives, according to Neal Hawkins, the associate director of Iowa State University’s Institute for Transportation (InTrans). Hawkins often would be overloaded with data, with no real way to turn it into useable information.

“We’re awash in a sea of data,” said Scott Marler, the Iowa Department of Transportation’s director of operations, in a press release. “Really the question most of us are dealing with is how to get useful and actionable information out of that data. InTrans helps us with that.”

The applications of real-time data analytics for physical security is in its infancy, and as these tools continue to develop, universities will want to invest in data storage and analytics solutions to bolster their own campus security. 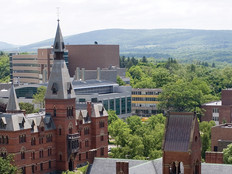 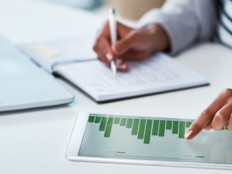