Windows AppLocker is a feature of Microsoft Windows 7 and Windows Server 2008 R2 that lets administrators control what types of programs are allowed to run on users’ PCs. AppLocker can be centrally managed by configuring Group Policy and has several benefits, including preventing users from installing unauthorized applications and preventing certain kinds of malware from installing in an environment. AppLocker also can help school districts ensure compliance with government and other security requirements.

Some districts are still relying on legacy 16-bit applications. While it’s best to migrate business functions away from 16-bit programs as soon as possible, cost considerations and an “if it ain’t broke, don’t try to fix it” attitude can cause organizations to try and get one more mile out of these legacy programs.

But what about Windows Script File (.wsf)? Unfortunately AppLocker rules can’t be used to control .wsf scripts. It also can’t be used to lock down macros and other Active content embedded within Word documents or Excel spreadsheets.

Similarly, Windows batch files (.bat) run within the context of the Windows Command Host (cmd.exe), and it’s the responsibility of this Command Host to call in to AppLocker before running a batch file to make sure AppLocker rules are enforced. Third-party Perl script interpreters, however, generally aren’t designed to use AppLocker application programming interfaces, so that’s why an AppLocker rule can’t be created to block .pl scripts from running on computers. 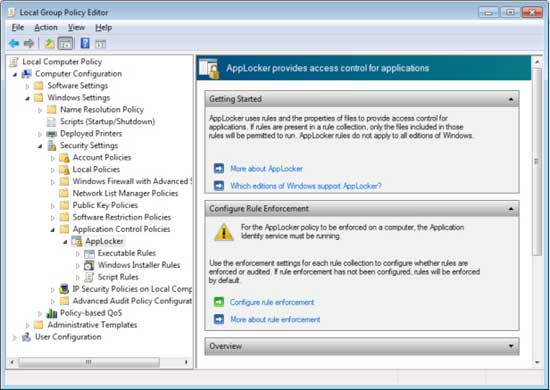 Figure 1: AppLocker also can be configured at the local security policy level on each Windows 7 computer.

AppLocker Can’t: Keep a Handle on All Virtual Machines