The COVID-19 pandemic essentially ended the conversation about whether school districts should embrace one-to-one programs that put a computing device into the hands of every student.

As McLaughlin notes, the lifecycle for mobile devices such as laptops and tablets is much shorter — about three years, she suggests — than the lifecycle of a school building. In a 2022 CoSN survey, 75 percent of districts said federal economic stimulus funds were significant for supporting hybrid learning. Of those that relied on emergency funding for IT initiatives, 60 percent used the money to purchase devices.

However, those funds are nonrenewable, and schools face a funding cliff within the next year.

If districts don’t plan now to refresh these tech investments, McLaughlin warns, they will struggle to give their students ongoing access to technology and may put themselves back in a position where they can’t pivot to remote instruction in an emergency.

“Ideally, you’re replacing one-fourth to one-third of your mobile devices every year so you don’t have to do a mass deployment,” McLaughlin says. “Now is the time to be thinking about that.”

Klamath County School District in Oregon has a wide array of technology to manage. During the pandemic, KCSD purchased roughly 5,000 Samsung Chromebooks. More recently, the district rolled out more than 300 86-inch digital interactive displays from Newline.

The district’s secret for refreshing those devices over time: standardized technology and a bit of budget wizardry that ensures IT reserve funds won’t be used for other purposes.

“We try to keep the number of models to a minimum,” explains Superintendent Glen Szymoniak. “From projectors and document cameras to desktops and laptops, we try to go with one model and use it for its lifecycle.” This standardization allows technicians to cannibalize parts from broken or defective machines to repair other devices, Szymoniak says, and it can encourage adoption and simplify tech support.

“We repair everything in-house,” says Kiran Malakar, the district’s technology coordinator and network systems manager. “It usually costs more than it’s worth to replace a screen, but we’re often able to salvage a screen from another defective machine and make the repair.”

To ensure the district always has the money necessary to replace outdated technology, officials maintain a technology reserve fund. However, Szymoniak notes, “sometimes people want to do something else” with money that’s sitting idle.

The district receives an 80 percent reimbursement on tech purchased through the federal E-rate program. “We pay 100 percent up front, and that forces us to budget the whole amount,” Szymoniak says. “Then, when the 80 percent comes back the next year, it goes into the reserve account.” 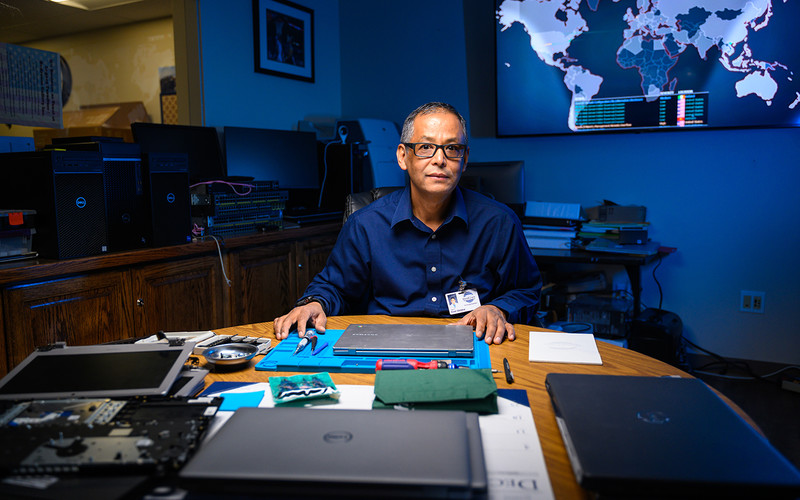 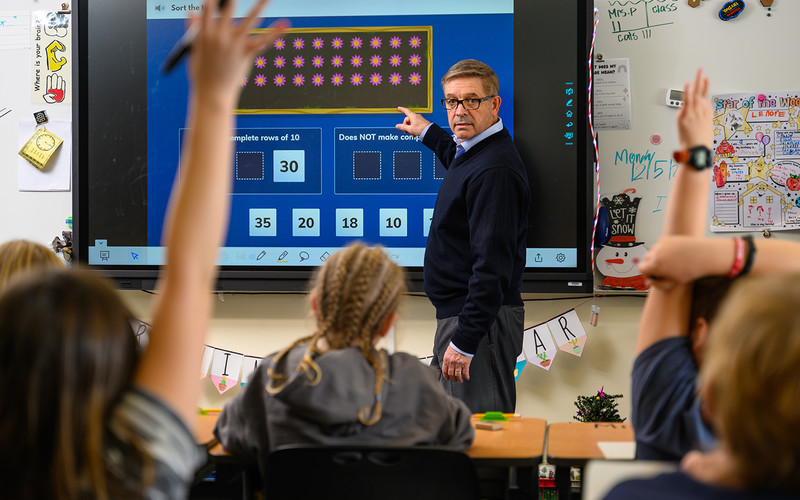 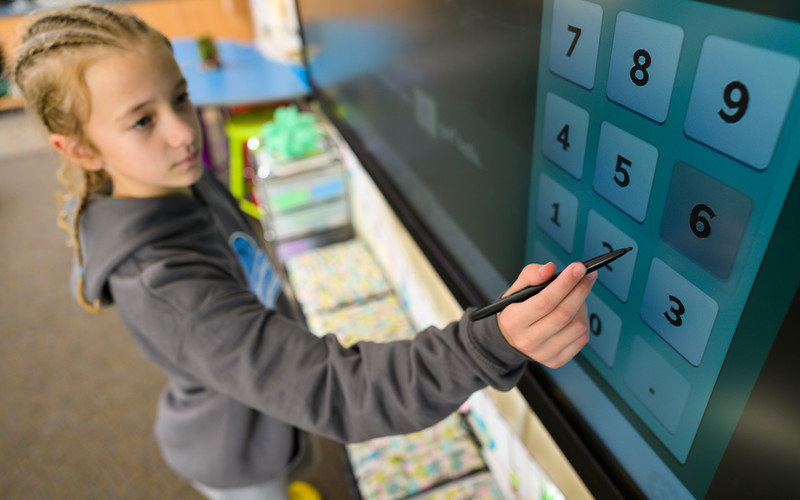 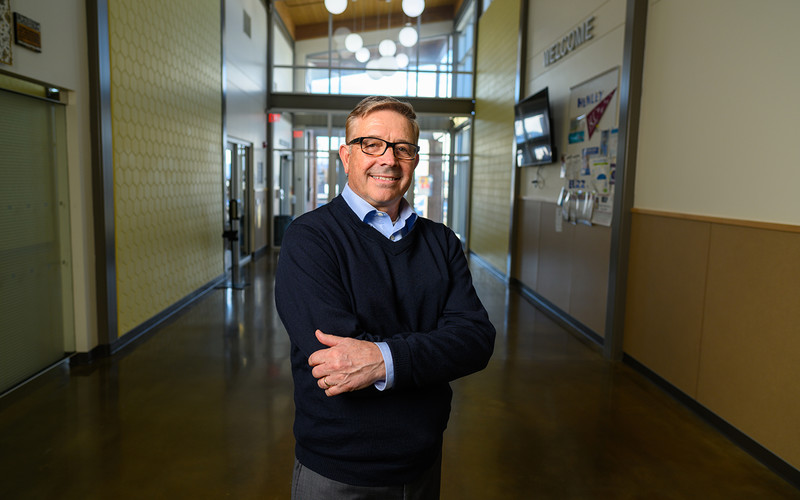 The district collects student Chromebooks at the end of each academic year, cleans them, makes any necessary repairs and replaces obsolete machines. “We give the newer ones to the high school students, and we push the older ones to the lower grades,” Malakar says. “There’s a cycle. We buy higher-end devices so we know that they will last for five years.”

Budget refresh cycles aren’t one-size-fits-all. At Saddleback Valley Unified School District in Southern California, students keep their devices for three to four years, with the district rolling out a new fleet for grades 3, 7 and 10 each year.

“We did use some of our COVID funds for Chromebooks to get us to one-to-one in grades 3 through 12, but we were already almost there,” says Ozzy Cortez, CTO for the district. “Since right before COVID, we decided that we were just going to make Chromebook refreshes a yearly expense. We wanted to get away from saying, ‘Let’s see if we have the money. Let’s see how many we can do this year.’”

However, Cortez notes, the lifecycle of audiovisual equipment is often much longer. The district is rolling out 75-inch displays to about 100 classrooms per year, along with a wireless presentation system that uses tablets. Cortez hopes that each classroom in the district will have a display panel by 2026, at which point the oldest displays will be about a decade old. There is no firm timeline for replacing the displays as they age, although Cortez says he anticipates that the 10-year mark may represent end of life for the technology.

“We’ve had to replace some of the back-end PCs that power the solution, but the displays themselves have been holding up well,” Cortez says. “We’ve had broken devices from a student or a custodian accidentally hitting a display, but nothing related to the technology itself.”

Cortez plans to alert district leaders when he anticipates that funding will be needed to replace older displays. Although the budget process can be unpredictable in some districts, Cortez suggests that IT leaders can help ensure they receive the funding they need by aligning device lifecycle management with the district’s strategic plans.

“When you’re talking about lifecycle management, you need to make sure that technology services has a seat at the cabinet level, and that the department’s plans are in tune with the board’s goals,” he says.

Impact Not Frugality Should Steer School IT Budget Conversations

Alex Seage, senior director of technology and innovation at Christopher Columbus High School in Miami, worked in the cruise industry before coming to the school. “Guests are only on a cruise ship for a week or two, and in a sense, a school is not very different from that,” Seage says. “Kids are only here for four years, and so you only have that long to make an impact on that child’s life.”

For Seage, this means that end-user tech needs to be working at a high level at all times. For that to happen, the school needs to regularly refresh devices.

Shortly after arriving at the school, Seage took aim at its aging interactive boards, opting to replace them with new WM75A 75-inch UHD interactive displays from Samsung. “I said, we’re going to replace them all at once, and every classroom is going to have the exact same board,” Seage says. “That makes it easier for me to troubleshoot, and it makes it easier to train our teachers.”

Teachers use the Samsung displays in different ways, Seage says. Some connect their tablets to the interactive boards and teach while walking around the classroom and checking in on individual students. Others teach from the front of the class, hardwiring their laptop into the display. The school’s sports teams use the panels to draw up plays in the locker room at halftime.

To fully unlock the benefits of technology, Seage says, schools must move past the “do more with less” mantra that educators relied on in the past to navigate tight budgets.

“Historically, our school had not invested a lot in technology,” he says. “However, our leaders now understand the need to continue making investments in updated devices and infrastructure. They realize that you can’t be frugal with technology if you want to get kids ready for the real world.”

UP NEXT: New technology is reigniting K–12 teachers and IT professionals.

3 Steps to a Successful Technology Update

Chris Mertens, vice president of U.S. end-user sales for B2B displays at Samsung Electronics America, offers these tips for K–12 IT decision-makers who are considering updates to their existing equipment.

Develop a detailed action plan: A district’s plan for tech updates should cover the products it will be purchasing as well as steps for installation and an itemized budget for all necessary hardware and software. “Consider the total cost of ownership, including the initial purchase amount and projected costs over time,” Mertens says.

Involve end users: Mertens urges districts to consult with teachers about IT purchases. “Listen to their ideas and concerns, and check in regularly on how well they’ve adopted the technology,” he says. Don’t overlook the importance of training and tech support.

Set strategic measures of success: Quantitative measures such as learning improvement and cost savings are important, but they don’t paint the whole picture, Mertens says. “Consider qualitative goals too, such as boosting teacher satisfaction or student engagement in a new collaborative learning environment.” 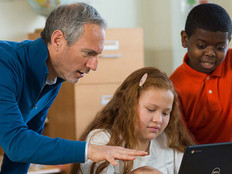