When Danvers Public Schools in Massachusetts introduced virtual reality into classrooms, students discovered a new way of interacting with the world around them.

Using Google’s virtual reality tour creator, Google Maps Street View and VR headsets, students with disabilities were able to tour downtown Danvers at their own pace in preparation for a real-life walk around the area as part of a life skills class.

It was a “low-stakes opportunity to practice critical life skills,” Jeff Liberman, the district’s technology director, tells The Hechinger Report. “VR allows students to go places and see things virtually without actually having to go there.”

Beyond applications in assistive learning, the use of immersive technologies such as VR and augmented reality continues to grow in K–12 education. In fact, the education sector is one of the top industries for VR and AR investments, according to the “2019 Augmented and Virtual Reality Survey Report” by Perkins Coie and the XR Association.

That’s because tools such as VR headsets and 3D spaces are helping boost student engagement and enhance classroom learning. Plus, costs for these tools are starting to decline, making them more accessible than ever before.

These immersive technologies are also game changers when it comes to teaching students future-ready skills. When integrated with the “Four C’s of learning” — critical thinking, collaboration, creativity and communication — these tools empower educators to better prepare students for 21st-century global citizenship. Here’s how. 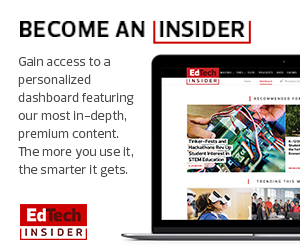 Critical thinking — which involves reasoning effectively, problem-solving and making sound judgments and decisions — is an imperative skill for students. Those skills are even more crucial to working “effectively and creatively with computers, with vast amounts of information, with ambiguous situations and with other people from a variety of backgrounds,” which is the norm in today’s workforce, according to a National Education Association’s educator guide, “Preparing 21st Century Students for a Global Society.”

Using immersive technology is one innovative way educators can integrate critical thinking into the classroom. Take Ector County Independent School District in Texas, for example, which is investing in a VR solution that allows students to simulate tracing neurons and brain cell tissue. This not only gives students an opportunity to develop their own understanding of the natural world, but also lets them ask questions and make connections to real-world problems in scientific research.

The explosion of technology in today’s world has given rise to global work teams, making it “imperative that tomorrow’s graduates communicate clearly and effectively in a variety of languages,” according to the NEA.

Employers across all industries also prioritize strong oral and written communication skills when hiring, according to a 2018 survey on the future of work by the Association of American Colleges and Universities. However, public K–12 schools don’t always explicitly teach those skills, especially in relation to real-world workplace scenarios, Education Week reports.

But immersive technology can help change that. For example, there are VR-driven apps for students who want to practice their communication skills. Jon Spike, coordinator of instructional technology integration services at University of Wisconsin-Whitewater, shared one such app, called VirtualSpeech, during a presentation at IDEAcon 2020. The app places students in realistic virtual environments, such as seminar rooms and auditoriums, where students can practice giving presentations or speeches and get feedback on their delivery, pace and eye contact. The app is also designed for a classroom setting: It’s compatible with numerous headsets, such as Merge VR and Vive Focus, and has a logout feature so students can share it.

There are also projects such as Virtual Reality Opportunities to Integrate Social Skills (VOISS) that are tailored toward helping students with high-functioning autism and learning disabilities practice their soft skills. Developed by researchers at the University of Kansas Department of Special Education and the university’s Center for Research on Learning, VOISS offers a series of virtual experiences across multiple school-based environments where students can practice social interactions with avatars.

“Our idea is to use virtual reality to explicitly teach students these social competency skills and how to generalize them in their natural environments,” Amber Rowland, assistant research professor in the Center for Research on Learning, tells Variety.

It’s well understood that collaboration is an essential skill in the workforce, but it’s become increasingly necessary for students and employees to have due to globalization and the rise of technology, according to the NEA.

Thanks to a STEAM grant through the Allegheny Intermediate Unit, the district was able to equip students with Google Pixel phones and Daydream View headsets as they went through Project Voyage, a multiuser mobile VR experience facilitated by teachers using a tablet computer.

With Project Voyage, students were able to explore virtual environments, such as different biomes. To make that experience more engaging and support collaborative learning, students went on a scavenger hunt where they worked in teams to solve clues as they explored a deciduous forest. It was a new way for them to learn about the flora and fauna in that environment.

READ MORE: Find out ways to leverage your classroom tech for project-based learning.

The NEA notes that in the past, Americans saw creativity and innovation as secondary in the national curriculum. That has changed as these skills are becoming requirements for success in today’s workforce, especially because they demonstrate other skills such as adaptability, leadership and teamwork.

Tools such as VR are helping students build those skills while also addressing a challenge schools face when integrating immersive tech: limitations in quality content for the classroom.

Jaime Donally, founder of ARVRinEDU and an ed tech consultant, tells EdTech that having students create their own virtual experience allows them to explore VR’s limitless possibilities. For example, students can make their own 3D objects and virtual worlds using modeling and design programs such as Tinkercad and AutoCAD.

It also encourages students to innovate with others’ needs in mind. For example, computer science students in the advanced placement program at Moore High School in Oklahoma created VR worlds for students with special needs. They went on virtual field trips to the moon and Egypt. Meanwhile, younger students at ‘Iolani School in Hawaii used their tablets to turn real-life field trips into VR experiences that students at other schools could enjoy without leaving their classrooms, making those trips more accessible.

At the end of the day, immersive technologies such as VR and AR are more than tools that make learning cool. They are invaluable in helping educators prepare the next generation for the unique demands of a 21st-century world. 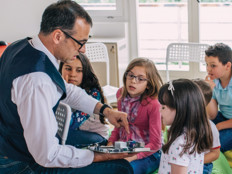 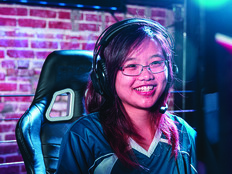 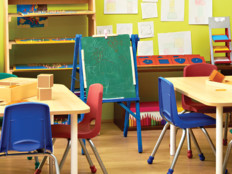 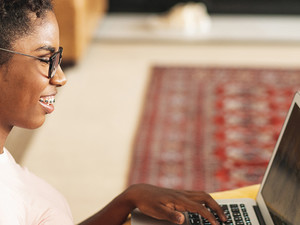 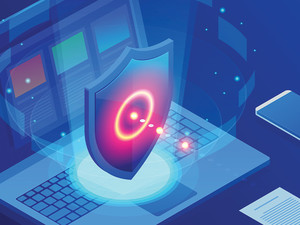 With Cyberattacks, Districts Should Plan for the Inevitable