Microsoft wants to outfit school buses in Hillman, Mich., with high-speed internet to help bridge the “homework gap” that many rural students face because of lack of internet access at home.

The tech giant plans to use empty television airwaves to accomplish this mission.

More than a third of all rural Americans — including about 5 million households with school-aged children — do not have high-speed internet at home, according to Pew Research Center. Yet nearly three-fourths of all teachers assign homework that requires a connection, the Federal Communications Commission has said. It’s not always practical or possible for children to get to a place that has Wi-Fi to complete their homework. And without this access, many students fall behind.

IT pros, including those in K–12 schools, have been trying to address this digital disparity for years.

At Coachella Valley Unified School District in rural Thermal, Calif., for example, former Superintendent Darryl Adams and his IT team equipped buses with Wi-Fi and parked them in neighborhoods so children in the homes nearby could access the internet after school. Since then, the district has seen high school graduation rates go up from 70 to 80 percent.

Working with Allband Communications, an internet service provider for northeastern Michigan, Microsoft will place equipment on buses and fixed base stations along the bus routes that use TV white space, or TVWS, for internet connectivity. According to Microsoft’s FCC proposal, the use will be confined to specific white space channels to limit interference, and the connection will only remain when the bus is within authorized boundaries.

TVWS works by delivering broadband internet over unused TV channels, which traditionally serve as buffers between active channels. Key to unlocking the potential of TVWS, the FCC in 2010 allowed unlicensed radio transmitters to be in the white space, freeing up the spectrum and opening up opportunities for high-speed internet. Microsoft needs government approval because the power level will be above what FCC rules allow for personal use.

According to the WhiteSpace Alliance, TV white space can deliver wireless broadband up to 18 miles, making it preferable over traditional wired infrastructure, especially in rural areas because of lower cost for equipment and greater reliability with obstructions to line of sight.

Hillman Community Schools will give students devices to use on the bus, Superintendent Carl Seiter said in The Alpena News. The district will keep a log of how many students are on the bus and using the service.

Hillman could join Coachella Valley and other school districts having success with the initiative.

Students Do Homework on the Way Home

Watkins Glen Central School District in New York serves areas with strong tech capabilities as well as those without much internet infrastructure, which perpetuates the homework gap. To address this, the district put Wi-Fi on all 18 of its buses.

“It’s completely seamless, so students just stay on the BYOD (bring your own device) network when they get on the bus, and then they can do their homework during their ride home from school,” Melanie A. Chandler, the school district’s director of technology, told EdTech in 2016.

Superintendent Tom Phillips added: “Equitable access is a huge issue that affects not just school success but college and career readiness. As we solve this inequity issue, we’ll be able to say that students who leave here will all have the digital skills and curriculum they need to be truly ready — not just the ones who were fortunate enough to have internet access in the home.” 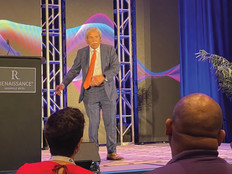 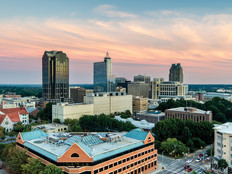 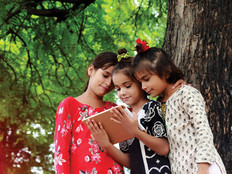