From April 3– 6, thousands of innovative educators will head to Chicago to attend CoSN’s 2017 conference. Under the theme “Invent the Future,” the conference will also mark the 25th anniversary of the Consortium for School Networking.

“Unprecedented changes have occurred since CoSN started its journey in 1992,” reports the conference’s website. “Since then, CoSN has provided district technology leaders with the resources needed to successfully effect change.”

This year’s opening plenary session, “Inventing an Equitable Future for All,” will continue this focus on effecting change. The session will feature a keynote from Alberto Carvalho, superintendent of Miami-Dade County Public Schools, the fourth-largest district in the country. In his eight years at the helm, Carvalho has helped M-DCPS become one of the highest performing urban school systems.

This session will also include commentary from Eric Sheninger, a thought leader from the International Center for Leadership in Education, and Frankie Jackson, chief technology officer of Cypress Fairbanks Independent School District in Houston, the state’s third-largest district.

“@InnovationCentral is a new concept bringing together educators and private sector leaders in an informal setting designed to encourage networking and build relationships,” according to the exhibition’s website.

CoSN 2017 will begin to wind down with Wednesday’s closing plenary session, titled “Inventing an Accessible Future for All.” In the keynote, David Rose, founder and chief education officer at education research nonprofit CAST, will discuss how to create access to an innovative learning experience for all.

The EdTech team will provide live coverage of the event, so stay tuned for posts and videos. Follow all of our CoSN 2017 posts on our conference landing page.

Also, check out #CoSN2017 for tweets from the event floor. 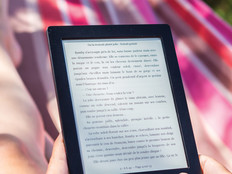 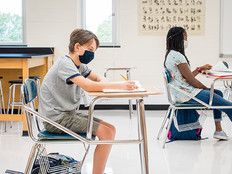