Scientists are borrowing from nature to print objects that can move independently when submerged in water. Harvard University researchers recently used hygroscopic ink, which absorbs water, to push 3D printing into the 4D realm. The resulting shapes, modeled after flowers, mimic the movement of leaves and petals as they react to stimuli.

The choice of hygroscopic ink was critical to the study’s success, says A. Sydney Gladman, a research assistant who works with Hansjörg Wyss Professor Jennifer A. Lewis of Harvard University’s Wyss Institute for Biologically Inspired Engineering.

The Harvard team’s method allowed them to align cellulose fibrils in the ink, Gladman says. Their latest project involves printing transformable tissue engineering scaffolds that can support cell growth. At this stage, immersion in water is the best medium because biomedical and tissue engineering applications also use hydration. 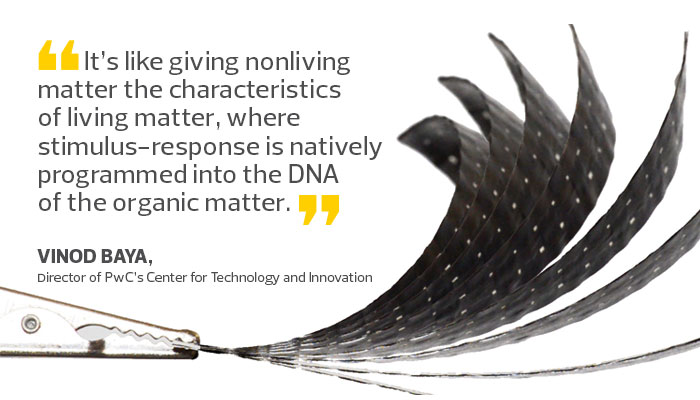 Next steps include working on a suite of inks that are capable of responsive, reversible shape change and are able to react to stimulants such as heat, light and pH level. Researchers also will study materials with biocompatibility or electrical conductivity. “We have already demonstrated the reversibility of this system with temperature by incorporating a thermally reversible monomer,” Gladman says.

Professor Lewis’s lab set up its 3D printer to use an extrusion-based printing process, using G-code programming to print architectures in about 10 minutes. “By changing the print path, we were able to create a variety of shape-changing architectures,” Gladman says.

The printed ink is a hydrogel ­embedded with stiff cellulose fibrils. Researchers place tiny cellulose on a flat print bed with enough room to expand and immerse them in water, which allows scientists to control how the shape evolves.

Similar research is under way at the Massachusetts Institute of Technology’s Self-Assembly Lab, led by Skylar Tibbits, who, along with researchers at Autodesk and Stratasys, spearheaded the 4D printing process. Their collaboration resulted in the first 4D-printed objects capable of self-adapting shapes that can change form. During a TED Talk, Tibbits described smart material that can self-assemble and even “think” if scientists embed that ability in its DNA.

The newest frontier of 4D printing is growing tissues and organs in a laboratory setting. That’s happening at the Wake Forest Institute for Regenerative Medicine, where in February researchers 3D-printed structures made of living cells that could replace human tissue.

Even so, Baya acknowledges that the emerging ability to program specific responses is a game changer: “It’s like giving nonliving matter the characteristics of living matter.” 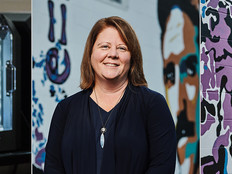 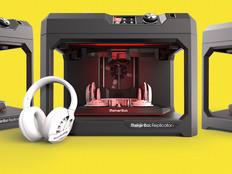