Students using the Microsoft Surface Pen in class are getting the best of both worlds when it comes to learning experiences.

A recent Norwegian study sponsored by Microsoft found that students learn differently when they used a stylus pen versus a keyboard. And in the battle of writing instrument versus typing instrument, the pen won out.

“This difference in activity is really significant. It tells us that using a pen to take notes means that the brain is able to process learning in a much more effective way,” Audrey van der Meer, a cognitive neurospsychologist and researcher, said in a post on Microsoft’s website.

By using a very futuristic-looking “hairnet” made up of 256 sensors, van der Meer and her partner, neuropsychologist Ruud van der Weel, monitored the brain activity of about 20 university students as they took notes with a keyboard and with a Surface Pen. 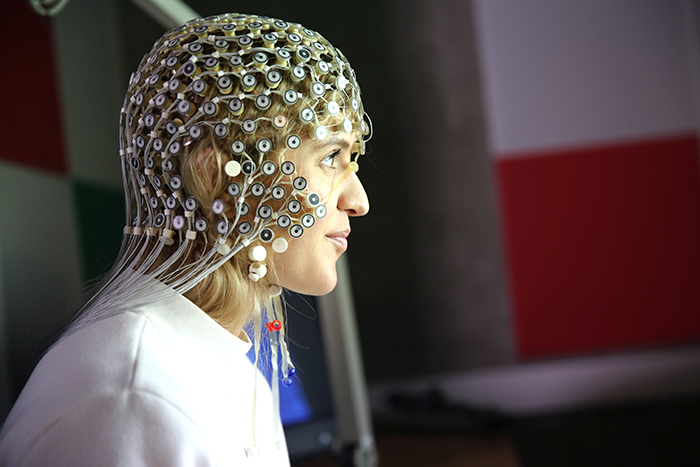 As they wrote on Microsoft’s site, van der Meer and van der Weel found that the “rich sensory-motor experiences seem to facilitate learning.”

Previous studies of K–12 students have found they favor handwriting over typing. Microsoft touts its Surface Pen, which debuted in 2012, as feeling “as natural as pen on paper.” A 2012 University of Indiana study of 5-year-olds found that writing their letters as opposed to typing them helped the children actually process what they were doing.

“Only free-form printing experience results in the recruitment of the visual areas used in letter processing, and the motor regions seen in letter production,” the study reports.

After reviewing research similar to the Indiana study, the Utah State Board of Education decided in 2013 to add handwriting to the Utah Core Standards for English Language Arts.

“In order to read and write for a variety of purposes and across contexts, students must be able to fluently recognize and produce manuscript and cursive writing,” the board concluded.

By using a Surface Pro and a Surface Pen, students can create these learning connections while also collecting their work digitally.

“Instead of seeing the pen as part of an analogue world, it can be embraced as a component of our digital learning experience,” van der Meer and van der Weel wrote in their Microsoft post.