Evan Marwell, founder and CEO of the nonprofit EducationSuperHighway, knows that reaching that goal isn’t going to be easy. But he has witnessed breakthroughs in connectivity at the state level and believes other states should pay attention if they want to get ahead of ConnectED’s deadline.

EducationSuperHighway has been working with states to help them develop a solid path to connected classrooms — a process that has been made easier through reforms formalized by the Federal Communications Commission in 2014.

The process can be complicated, but the key to overcoming the hurdle to classroom connectivity often boils down to strong leadership at the state level, Marwell says.

"When you look back at the history of broadband in our states, what you notice is that those who had strong leadership early on are the most connected now," Marwell says. "Governors can set goals and make them a priority for their administration, appoint a leader and hold them accountable for making it happen.”

Some of those state partnerships are now paying off. In April 2015, Arkansas announced a statewide network that will give K–12 schools access to Internet speeds that double the FCC's minimum threshold of 100 Mbps per 1,000 students by the end of the year. These improvements will cost the state’s school districts nothing, thanks to the expansion of the federal E-Rate program in 2014, which included an additional $1.5 billion in funding.

EducationSuperHighway is now working with New Mexico's governor on a similar broadband outreach program that would bring high-speed Internet to every classroom by 2018. Many of the state's rural schools don't have access to fiber-optic connections through local service providers; that's been a barrier to reaching the FCC's minimum connectivity goal. But among the FCC’s E-Rate reforms was a method for service providers to recoup much of their investment in laying new fiber connections to schools and libraries.

Furthermore, Marwell says the service being provided to schools is becoming more affordable as transparency increases in the business of broadband. Districts are learning more about how to conduct themselves in this business, and it’s saving them money.

According to Marwell, the most important thing that resulted from the FCC’s modernization of E-Rate was clearing up how much broadband school districts needed in order to stay ahead of the game.

“They didn’t know how much they needed or what a good price was,” Marwell says. “The FCC set a goal, and that has resulted in a tremendously improved process. We're seeing the price of broadband coming down as districts ask for more competitive pricing.”

Second, infrastructure was lacking in certain areas of the country. Schools without access to fiber-optic connections were often left out in the cold. But the FCC's reforms gave service providers more incentive to provide options to those rural districts.

In the Consortium for School Networking's 2nd Annual E-Rate and Infrastructure Survey, the agency listed seven areas that have become problematic for school districts in meeting ConnectED's goals. Among them are high costs, infrastructure and wireless connectivity — three issues that have been mitigated through the FCC’s E-Rate reforms, Marwell says. That’s provided a booster shot to districts hoping to meet ConnectED’s goals.

“The momentum we’re seeing now makes me confident that getting this done before the school year starts in 2018 is totally achievable,” he says. 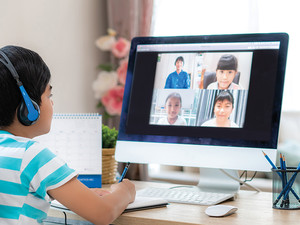