While game-based learning may be innovative, it doesn’t work without proper integration into other curriculum strategies, and certainly it is not the answer for all students, says Michael Barnett, professor at the Lynch School of Education at Boston College.

“There are no silver bullets in education,” Barnett says. “One thing that we do know is that a variety of learning experiences matters.”

Barnett gets no argument from the front-line educators who spoke to EdTech. eMODE sessions begin with an hour of traditional arithmetic to build a foundation of calculation skills, says Norman Alston, the founder and CEO of the eMODE Learning Foundation.

“There has to be a balance, and students need to learn to focus and concentrate so they can do more complex tasks, even when those tasks are game-based or technology assisted," says Alston.

“The motivation from the technology is important, but it can’t be screen time all the time," says Druvenga.

In the Bennington (Neb.) Public Schools, games are tied closely to the curriculum and learning objectives.

“We’re a high-achieving district and our parents have high expectations,” says instructional technologist Jason Schmidt. “We’re not just using tools like Minecraft because it’s a fun thing to do and the students enjoy it; we’re doing it because we’ve found they learn some things more effectively by using them.”

If the adoption of games and game-based learning has slowed, as suggested by their absence from the 2015 Horizon Report, one reason may be what the tools and techniques are called, says Keith Krueger, CEO of the Consortium for School Networking (CoSN), which partners with the New Media Consortium.

“Calling a tool or a technique a game doesn’t help with acceptance,” Krueger says. “Maybe rebranding to something like ‘games to learn’ or ‘serious games’ would be better.”

Jason Schmidt of Bennington (Neb.) Public Schools points out that confusion also derives from the fact that terms frequently are used interchangeably. Strictly speaking, however, they mean different things. 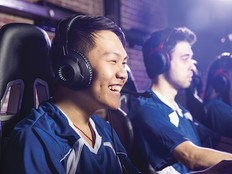