With technology in classrooms more pervasive than ever, what's the future for games in education?

To help decipher that riddle, game developers, public officials and education leaders gathered Tuesday for the Games for Learning Summit, a one-day event during the 12th annual Games for Change Festival.

The event, organized by members of Games for Change, the U.S. Department of Education (DOE) and the Entertainment Software Association (ESA), featured two keynotes and several sessions, allowing attendees to gain insight and learn strategies for developing video games for educational settings.

The marriage of games and education has a long way to go, but ignoring the gains that have been made thus far would be a mistake, panelists said during the opening plenary session.

Leading the Tuesday morning plenary session was Richard Culatta, director of the Office of Education Technology for the DOE.

"We believe that bringing game designers and educators together will lead to the creation of high-quality games that challenge students to become deeply engaged in learning," Culatta said of the summit.

The summit was a "direct response to President Barack Obama’s ConnectED Initiative, which empowers educators with the best technology and digital content to enrich the learning experience for students," according to a press release for the event.

"I think the industry needs to recognize that there's a market here to serve," said Michael Gallagher, president and CEO of the ESA.

Jesse Schell, of Schell Games, offered a similar point, saying the driving force to bring quality games to education isn’t there, because the market is limited in scope.

“The marketplace for learning games is terrible. The stuff that is profitable and successful is mostly driven by sales based on fear,” Schell said.

But there is fertile ground for games to enhance day-to-day classroom activities. Traditional homework assignments miss out on opportunities for learning, says Schell, because teacher feedback usually occurs well after the assignment has been turned in. Interactive games can dramatically change that.

By having connected devices in the classroom, technology has reached a point where teachers can engage in interactive experiences as an overseer, or as Schell put it, a “dungeon master,” able to monitor and engage with students’ progress in an online environment.

“This may be the single most powerful use for games as a technology in the classroom,” Schell said.

Highlights of the event can be viewed on Livestream. 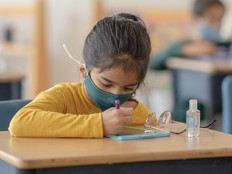 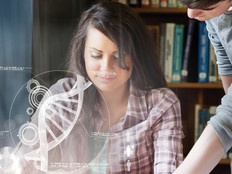