The Supreme Court is considering how threats on social media platforms should be treated. The ruling could have broad implications for how authorities respond to online comments regarding school shootings.

Justices heard oral arguments Monday in the case of Elonis v. U.S., more than four years after Anthony Elonis, 31, was convicted in federal court of making threatening statements in material on Facebook. Authorities considered the comments threats of violence against his estranged wife, an FBI agent and schoolchildren.

Among the posts by the Pennsylvania man were rap lyrics alluding to shooting up an elementary school. “Enough elementary schools in a ten-mile radius to initiate the most heinous school shooting ever imagined. And hell hath no fury like a crazy man in a kindergarten class,” Elonis wrote.

At the heart of the debate is how far First Amendment free speech rights extend in social media. Elonis' lawyer, John P. Elwood, contends that venting and writing lyrics describing violent acts was "therapeutic" for his client after the breakup of his marriage and losing his job, CNN reports.

However, that explanation may not sway Supreme Court justices, who historically have ruled that “true threats” on another person are not protected under the First Amendment, according to the Associated Press.

U.S. Deputy Solicitor General Michael R. Dreeben, who argued the government's case to uphold Elonis' conviction, said the broad audience on social media platforms like Facebook changes the context of how an average reader may perceive a potentially threatening comment.

“We all know that if we're communicating among friends, particularly in face-to-face context, we can say certain things that will be understood as sarcasm. But when we widen the audience, ... reasonable people are going to react to it by saying, '[T]his requires attention, this is a threat against an elementary school,'” Dreeben told the Court, according to Education Week.

A ruling is expected in June.

Threats of violence at schools on social media platforms appear to have become more common.

A 2014 study by National School Safety and Security Services' consulting firm found more than 300 violent threats against schools between August 2013 through January 2014. Of these, one third originated on social media or other electronic platforms. Three of 17 cases deemed serious originated from social media threats. 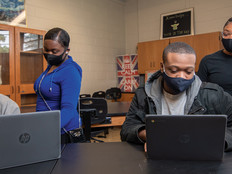 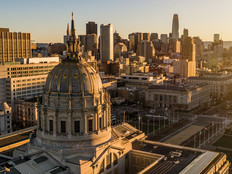