The enthusiasm for Chromebooks among the K–12 set is sending shock waves through the technology industry. While the idea of a notebook that relies on the Internet rather than on local storage and local operating systems seemed to have died with the netbook, the Chromebook has managed to flourish where the netbook device category struggled.

The latest industry estimates show that Chromebooks made up about a quarter of all notebook sales last year, and the dominant manufacturer of Chromebooks was Samsung. Research from NPD Group indicates that 87 percent of the business-to-business sales of Chromebooks were Samsung devices, and according to Samsung, more than 4,000 U.S. schools are using Samsung Chromebooks.

Given Samsung’s similar dominance in the smartphone arena (the company’s Galaxy devices have won rave reviews and loyal followers), its success in the Chromebooks market shouldn’t be a surprise.

Now, the company is set to up the ante with its newest line of Chromebooks: the Samsung Chromebook 2 Series. The cutting-edge 11.6-inch and 13.3-inch devices promise up to 8.5 hours of battery life, faster processors and higher-quality displays. The 13.3-inch version features a full-HD 1920x1080 display with preconfigured optimization for Google+ Hangouts, the search company’s popular consumer video conferencing solution.

In addition to the improved battery life and processing power, the build of the machines has seen an upgrade.

But beyond the tech specs, the main value that K–12 IT leaders are deriving from Chromebooks lies in their ease of management.

Traditionally, IT administrators have to wait until winter, spring or summer breaks to perform software or hardware refreshes. But with Chromebooks and Google’s centralized management tools, deployments can become instantaneous.

“Deployments are starting to happen in real time rather than waiting for the breaks or vacations,” Langan says.

The new Chromebook 2 Series computers will be available for purchase starting in April. 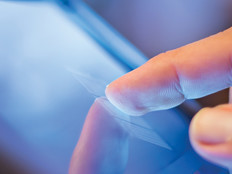 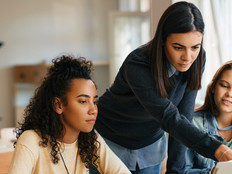 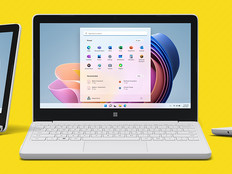