Schoolhouse Rock may be the standard for music-based educational videos, but YouTube is leading the renaissance of educational songs and dances.

Using music as a lure for educational content isn’t new, but it’s being widely adopted, thanks to the accessible and sharable nature of YouTube. It’s often relegated to the elementary-school levels, though, which is understandable, since the elementary nature of things like the alphabet song don’t really have a place in pre-calculus courses.

We reached out to Schultz and Winner to learn more about their innovative use of YouTube in the classroom.

EdTech: When and how did you start using YouTube for math lessons?

Schultz & Winner: Everything began almost 3 years ago. We originally began by creating a remake of “Empire State of Mind,” titled “Wildcat State of Mind.” We finished it near the end of the school year and showed the video to our teachers on the last day of school as a farewell slideshow. It was an instant hit, and the video was then shown the following school year to welcome the students back to school.

The students loved it, and we received a lot of great positive feedback from them on the rapping, singing, production and school spirit in the video. From there, we decided to take our talents down a more educational route, and "Teach Me How to Factor" was created in the fall of 2011. Things took off from there, and we have just continued to create videos ever since.

EdTech: What's the typical process when planning a video shoot?

Schultz & Winner: We typically are inspired by a song that is either recent or has been a big hit in the past. We collaboratively rewrite the lyrics and then record the audio when we have free time. We work together on ideas that we want to see in the video and create a little storyboard on what the video should look like.

A lot of the ideas we have are often spontaneous and come to us or the students in the middle of filming.

When everyone's schedules are open, we set aside a day after school to shoot the video. The most recent video we did, "Graph!", was actually shot on a Saturday because it was hard to schedule a time after school. We had about 25 students who came to school on a Saturday just to help us out with the video.

Schultz & Winner: This is a hard one. From a math teacher's perspective, "Do the Quad Solve" is very useful and informative, but "Graph!" seems to be the new fan favorite. We used a new video camera that we purchased for the school and incorporated more of a story line and some choreographed dancing in the video. But of course, "Teach Me How to Factor" is and always will be the original.

EdTech: How much of a difference have the videos made in terms of increasing student engagement? Schools want to boost interest in STEM, and your programs seem to marry math with pop culture in a way that makes it fun.

Schultz & Winner: The students are very engaged and are often excited to learn about the topics. They may not remember everything that was taught in the video, but it gives them a frame of reference when studying or trying to remember how to do a problem. At the very least, the videos make something that may typically seem boring into something that students can get excited about. At one point, I had shown a video to an Algebra 2 class at the end of the period, and the video was still up when my Pre-Algebra class came walking in.

The students asked me if they could watch the video, but I told them we couldn't because the video was covering topics that were a little over their head at this point, and they were a bit of a ways away from learning the material. A few of the students told me they actually wanted to learn the quadratic formula and how to complete the square just so we could watch the video in class. Hearing students say that lets you know that you're doing something right.

EdTech: Have the administrators at your school been supportive of your idea?

Schultz & Winner: Our principals and superintendent have been very supportive and always help to spread the news to the staff and other colleagues whenever a new video is released.

EdTech: What lessons or elements from your program can other schools implement for their students?

Schultz & Winner: Teachers today realize that you can't just tell your students to open up a book and expect them to learn. We need to have something to hook our students into the lesson of the day. It needs to be something that excites them about learning. They have so many other distractions in today's Internet- and media-driven society that we need to meet them at their level and pull them in. Find what students enjoy and then put math into that situation.

When administrators and school districts allow their teachers to be creative and do what they know works best for their students, the students will find success. Teachers should feel empowered and confident to take risks and implement what they believe is best for the students in their classroom. It isn't right for the students when people who have never spent a minute in the classroom tell teachers how they should teach and how students should learn. In our situation, we are grateful that putting the videos on YouTube has helped students across the United States and around the world, as well as the students in our own classrooms. 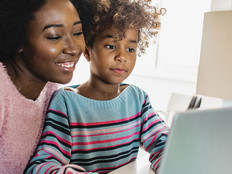