Any technology that helps teachers deliver content to students in new and immersive ways is a welcome addition to the toolbox. This year, Epson announced such a tool: a 3D projector that won't break the bank.

Epson's line of 3D projectors designed specifically for education includes two models — one based on "active" 3D technology (the PowerLite W16), the other on "passive" technology. Active 3D requires battery-powered 3D glasses that cost about $99 per pair, whereas the passive Epson PowerLite W16SK uses polarized glasses (the kind used to view 3D movies in theaters) that are significantly less expensive. Although the W16SK ships with just one pair of glasses, more pairs (including a small size for little heads) can be purchased in quantities of five for $15.

The W16SK has two projectors, which are held in position via a stacking mount that aligns the images they project. After ­attaching both units to the mount and connecting them via the supplied USB cable, follow the straightforward on-screen prompts to install a polarizing filter to each one. With that, the system is ready to project in three dimensions — and the classroom is forever transformed.

Prior to testing, I worried that I might get a headache from viewing 3D content for more than a few minutes. But once I began watching a 3D movie, those concerns evaporated. I enjoyed the experience so much, in fact, that I immediately went out and purchased another one.

Slowly but surely, content creators are developing curricular programs in which subject matter appears to jump off the screen, making learning fun and memorable. Students can view DVDs, stereoscopic webcasts and live images from a 3D camera — and even edit video in 3D with the right plug-ins.

Teachers, meanwhile, can optimize content they already have using tools such as Presente3D, a ribbon bar add-on for Microsoft PowerPoint that lets users set depth to every element in a slideshow and embed 3D objects in their presentations.

The serial control port gives IT departments the option to add a third-party audiovisual control system. Instead of users having to manage numerous remote controls, IT can configure one device to rule them all via a single interface. This simplifies the user experience and ­reduces ­battery and remote replacement costs.

Unlike most 3D projectors, the W16SK supports multiple HDMI 3D formats out of the box. It also delivers up to 6,000 lumens of color brightness and 6,000 lumens of white light output in 2D when stacked, yielding a bright picture even in well-lit rooms. 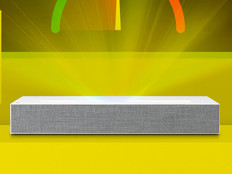