In December 2009, I made the ­foolhardy decision to publish one of those “ways the world will change” blog posts that are most commonly passed around the Internet at the end of particularly eventful decades or millennia. Cranking up the volume, I titled it “21 Things That Will Become Obsolete in Education by 2020.”

After predicting the demise or ­obsolescence of everything from homework to paperbacks, I was subjected to a slew of comments ranging from bemusement to verbal battery. Such is the life of a blogger — a blogging educator, no less.

Why did this post cause such a stir? Was the argument that desks might not be the best furniture choice for modern classrooms really that shrewd? In this age of human-centered adaptive technology and self-assessments, was it crazy to say that in 10 years’ time, being able to differentiate ­instruction might be a professional expectation, not the badge of merit for a teacher that it once was?

When I look at those predictions today, I’m struck by my naiveté. I thought I was making predictions. But it’s true that all of the things that I suggested would be obsolete — desktop computers and standardized tests among them — are somewhat obsolete; we’re just still using them.

Schools are full of obsolete things: cassette players, Soviet-era political maps, curricula that treat technology as auxiliary to content, the idea that technology will save education (as opposed to the idea that relevance will).

In the digital age, technology is the access point to relevance. It’s no longer simply a device — a piece of software or a cool gadget. We used to be scared of how technology might isolate us. Now, schools worry about the ways it connects us.

The reason that so many schools are struggling with the change technology represents is because they haven’t adjusted to this shift, to the emergence of participatory, user-driven technologies and social media as viable communicative and collaborative tools. This shift has united leaders and followers, friends and strangers. It’s also created a new age of instant sharing and automatic ­access that traditional institutions never could, one in which a billion citizen journalists are literally changing the course of human events.

This shift presents an opportunity to educators. We aren’t professionals with clear-cut job descriptions or miniature technocrats micromanaging our classrooms, after all. Our job is to lead young learners to new heights of understanding and achievement.

The future of education isn’t in finding the best way to get all students to pass the same test. It’s in using the connections that technology enables to leverage the social capital of ­communities and inspire children to dream, innovate and create.

Here in Baltimore, we are working to build a center where technology is respected for what it is: a way to connect our students to our city’s ­future. The Digital Harbor Foundation is currently developing a nonprofit hub that will connect teachers to vital professional development in relevant tech integration, and that will connect students to real-life projects that ­engage with the local community.

Our goal is to demolish the digital divide and to empower those students currently most underserved. Through project-based learning and reverse mentoring — where the students themselves teach their teachers and parents — we want to see students identify themselves as 21st century citizens who will actively take part in the rebirth of their own city. What we are creating will not only take advantage of the shift, but will empower our kids to take advantage of it. These kids are going to own the shift.

Well, every year I’m reminded of it, and every year I look back over it and smile. I don’t mind being naive. It’s better than being obsolete. 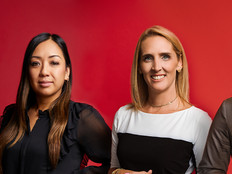 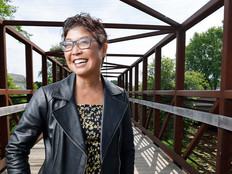