It Takes a Village to Raise Technology Funds

With the current economic climate, it is imperative that school systems and their leaders identify alternative sources of funding for projects and even for day-to-day operations. Fort Payne City Schools and its community are not unique. Parents, local government, community organizations and businesses want their educational system to not only survive but actually thrive. A positive working relationship with these stakeholders can pay enormous dividends.

As superintendent, I wanted Fort Payne City Schools to be a leader when incorporating a paradigm shift in education. David Beddingfield, president of the Fort Payne City Board of Education, and I had a vision to provide 21st-century technology to every classroom in our Northeast Alabama district. Through the support of the community, we were able to bring all of our core classrooms into the 21st century.

As we examined these technologies, we considered them part of the natural development of the tools that teachers have been using since the days of the one-room schoolhouse. Just as the chalkboard was replaced by the dry-erase board, the dry-erase board has been replaced by the interactive whiteboard. We wanted to offer our students not only interactive whiteboards, but also complete, 21st-century classrooms, including ceiling-mounted projectors, interactive voting devices, slates, sound systems and document cameras. We realized that this would require a significant monetary commitment, but we felt that it was a dream worth pursuing.

Accomplishing that dream was the challenge. After meeting with representatives from interactive learning company Promethean, I decided to share my experience with some of the local clubs, government organizations, businesses and individuals in our community. I asked Promethean to set up a demonstration for the members of my Kiwanis club. The club members were so amazed at the possibilities this technology offered our students and teachers that they bought into the vision and got the ball rolling by purchasing the initial 21st-century classroom for our education system.

This equipment was installed at Fort Payne High School, and the use of this system for demonstration and daily instruction served as a springboard for outfitting the rest of the district. Presentations were made to the Fort Payne City Board of Education; the local Kiwanis, Rotary and Altrusa clubs; state Sen. Lowell Barron and state Rep. Todd Greeson; Mayor Bill Jordan and the Fort Payne City Council; and various other individuals and business representatives. From these meetings and group and individual demonstrations grew a groundswell of support. Partnerships were formed, grants were secured and commitments were made, which ultimately resulted in enough contributions to cover the project.

As a school system, we were extremely fortunate to have had the complete support of the mayor and city council. Their decision to match funding was the driving force behind this project. But a positive working relationship between the local school superintendent and the city leaders was a must to beginning and ultimately completing this endeavor.

The Search for Funding

To survive a budget crunch, school IT departments must remind other departments of the pivotal role that IT plays in school operations, says Gartner analyst Bill Rust.

IT leaders should work with other lines of business to prioritize tech projects. Focus on those that lower total cost of ownership and offer the most bang for the buck, Rust says. IT should also calculate risk and reward, as in the reward of pursuing a project versus the risk of not doing it.

Stakeholders in other lines of business will join you in the fight to fund tech projects if there’s a clear benefit for their departments, he says.

A Dollar Here, A Dollar There

$1.1 million: the total contributions that Fort payne city Schools received for its 21st-century classroom project
$250,000: the matching funds put up by the school system
155: the number of classrooms outfitted with technology
less than 1 year: the time to complete the entire project 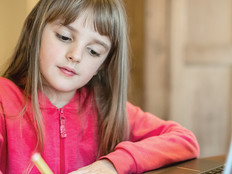 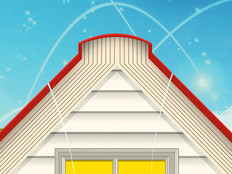