Analytics might seem like a tool more suited for large corporations than higher education, but what if data analytics had the power to prevent students from dropping out of college?

That is precisely what Rick Sluder has been trying to do — and he’s been largely successful.

Sluder, the vice provost for student access at Middle Tennessee State University, arrived two years ago. Since then, MTSU has put in place EAB’s Student Success Collaborative, a hybrid cloud platform that combines predictive analytics and workflow tools, which – along with hiring more advising staff — has helped them bring their freshman retention rate up to 95 percent, Education Dive reports.

Sluder says MTSU’s mission is to use analytics to create a new-school method of advising: identify and help students who are deemed “at risk,” and keep them from dropping out or failing before it is too late.

Before having an analytics dashboard in place, he says the only metric of student success the university was tracking was midterm grade reports. By picking a key course and sifting out those who scored a C or lower, Sluder says the university generated a list of about 1,700 students who may or may not actually be “at risk.” Now, with predictive analytics, Sluder says they are able to whittle that list down to about 70 students by adding criteria like “missing key courses” or a downward-trending GPA. This lets his team focus on more targeted advising approaches to help these students.

Data and analytics were identified at the Campus Technology 2016 event in August to be an emerging key component of the university business model. We also reported earlier this year that KPMG’s 2015-2016 Higher Education Outlook Survey found that 41 percent of colleges are using data for forecasting and predictive analytics and 29 percent are using it for operating decisions.

For the University of Maryland University College (UMUC), analytics has become an integral part of their infrastructures and serves to inform so many of their decisions.

UMUC’s office of analytics became so good at collecting and analyzing student information that it created a for-profit business, HelioCampus, that now provides analytics systems for other universities.

As reported by higher ed online journal CampusTechnology, HelioCampus is hosted on a public cloud platform to process and deliver the services, and uses Tableau for front-end delivery analysis. The business was developed by former vice president of analytics Darren Catalano and UMUC’s current VP of analytics, Peter C. Young,

With the majority of UMUC’s courses exist online, Young says the university is uniquely enabled to collect data from their students.

“We are very data-driven,” Young says. “Because of how technology-enabled we are, we create a much richer set of data.”

Young says that UMUC was able to really make an impact using this data over the course of the last four years. Through analyzing the effectiveness of marketing campaigns to prospective students, he says they were able to optimize their overall marketing strategy and reduce spending by 20 percent, while raising new-student enrollment by 19 percent.

Also, UMUC discovered through data collection that students who signed up for a course right before the session started tended to score lower, or receive an incomplete. Based on their findings, Young says the UMUC administration decided to enforce earlier cutoff dates.

“It had a great effect in improving our course completion and retentions, even though we were turning away enrollments we could have had,” he says.

It’s data-driven decisions like this that Young says have helped to improve overall student outcomes, and boost data points like course completion that hadn’t budged for a decade.

“We want to keep taking it to the next level,” Young says. “We are really trying to more deeply embed data collection into the learning of our students.” 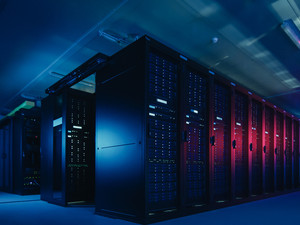