Crunch times — think finals week and open registration periods — skyrocket the demand for fast, reliable IT at Florida Atlantic University. Even when academic life settles into a midsemester routine, it takes a lot of power to support FAU’s 30,000 students, 7,000 faculty and staff members, and six campuses.

To ensure top performance throughout the year, CTO Mehran Basiratmand and his staff packed the university’s data center with new, multi-core servers.

They modernized the network with 10-gigabit-per-second switches to keep communications humming. And when spinning-disk storage arrays couldn’t keep up with all that firepower, Basiratmand made a new investment: solid-state disk arrays from NetApp.

“The SSDs removed our storage bottlenecks, which allowed us to fully optimize our IT capabilities,” he says.

The new SSDs process 20,000 input/output operations per second, a rate far faster than what the university’s spinning disks can deliver, and are capable of reducing average performance latencies from 20 milliseconds to just five. Benefits like these are leading institutions to enhance — and in some cases replace — traditional storage with SSD arrays from vendors such as Dell, HPE, Pure Storage and NetApp.

“Academic institutions are similar to retailers in that they experience significant upticks in IT demand at specific times,” says Charles King, principal analyst at Pund-IT. “As a result, institutions need IT solutions and services that are flexible and robust enough to support those demanding use cases, as well as day-to-day business requirements.” SSD arrays meet those requirements, he says.

MORE FROM EDTECH: See how universities are using flash storage to optimize their data centers.

FAU dedicates SSD arrays for systems that handle the highest transaction volumes or process large files, such as the student information and registration platforms and a server that streams hundreds of thousands of hours of lectures. While SSDs provide the foundation, Basiratmand says the array’s management software clinched his decision.

“The hardware is less of a concern,” he says. “It’s all about the functionality of the software.”

“I suspect that SSDs would improve the user experience for any application that frequently accesses databases,” Basiratmand says. “When it comes to storage, there’s always a need for more IOPS, and SSDs are able to meet that need.”

While some institutions dedicate SSD arrays to certain categories of applications, such as those with high transaction volumes, others earmark them for specific use cases. Oregon’s University of Portland dedicates SSD arrays for the virtual desktop infrastructure used by students, faculty and staff. This year, the university expanded VDI to the school of engineering, where students need high-performance computing for complex computer-aided drawings and massive 3D models.

The growth rate for the solid-state storage market through 2023

IT staff was confident the VDI/SSD combination could support high-end applications, based on results they’d seen in other classrooms using Pure Storage Forever Flash arrays. But their confidence came only after an initial stumble with VDI that arose, in large part, because of problems in the previous spinning-disk storage environment.

“We used to struggle with uptime and performance,” says Infrastructure Manager Joey Houck. “After people used the virtual desktops for a few months, they told us it was just too slow. But once we moved to the Pure Storage array, those complaints went away.”

To achieve the same IOPS rates that the 20-terabyte SSD arrays deliver, Houck estimates the university would have had to purchase and manage about seven times that capacity with spinning disks. As many IT pros have found, that difference negates the cost premium that exists between SSDs and traditional disks, as does the reduction in overhead.

“We’ve traditionally had two desktop technicians working full-time to service desktop problems,” Houck says. But with VDI supported by a reliable storage foundation, the equivalent of one-and-a-half technicians can do the same work in three days or fewer. “That means they have time to do other IT activities, which is a huge win for us,” says Houck.

For some users, he admits, it took time to get past their first experience with VDI, which was less than ideal. “But people are now enjoying the VDI experience and sticking with it,” he says. “That’s thanks to the SSDs.”

IT officials at Davenport University in Michigan were so pleased with the performance and simplicity of SSD arrays, they decided to go all-in. “We’re all solid-state at this point,” says CIO Ben Williams.

The SSDs removed our storage bottlenecks, which allowed us to fully optimize our IT capabilities.”

Initially, some staff members were skeptical, particularly about the expense. “But in hindsight,” says Williams, “SSDs made it significantly easier to manage our storage environment. That alone was enough to justify the price.”

The Pure Storage arrays are also speeding up projects. In the past, it took patience to get analyses of data stored in the university’s Banner enterprise resource planning platform.

“We’d schedule a job, and the next day we’d see the results,” Williams says. “With the new SSD storage systems, we’re seeing significantly faster results on both the database side and on the job server.”

Bottlenecks have disappeared from backups. Some of Davenport’s databases don’t support snapshots, so IT staff must take them offline to ensure complete backups. Downtime has dropped from about three hours to just one — a huge improvement, the CIO says.

Thinking beyond the technology was the key to finding the right SSD solution, says Williams.

“It was critical for us to find the right partner,” he says. “We’re seeing constant growth in our data volumes and the number of servers we’re running, and we wanted to work with a supplier that could help us manage our growth over the next three to five years.” 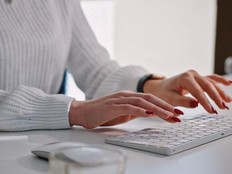