I visited many college and university campuses over the course of 2015 and, among many other discoveries, found that Windows operating systems often vary from machine to machine or from department to department.

Some administrators tell me that, following the release of Windows 10 this summer, their teams decided to keep a tight rein on the upgrade timeline. My lens into customer trends and IT purchasing supported that observation. Unfortunately, the task was easier said than done: IT could only control computers with enterprise-licensed copies of a Windows operating system, which meant that many users with original equipment manufacturer installations of Windows were free to upgrade their systems as soon as the new OS became available.

Nearly six months later, many IT organizations still haven’t decided to implement a campuswide move to Windows 10. Because the Windows 8 OS and the even-more-popular Windows 7 are both slated to receive support through the early 2020s, IT professionals feel little pressure to make the switch.

But even without end-of-life concerns looming overhead, higher ed IT staff may want to consider migration. For one thing, upgrading to Windows 10 would solve a lot of the operational inefficiencies associated with running multiple OSs across a single institution. For another, migration would provide end users with some of the latest and greatest productivity tools.

Why Windows 10 Makes Sense for Education

With the Aug. 1 release of Microsoft’s Windows 10 Education version, colleges and universities gained access to a bevy of features designed for both educators and students.

For instance, the new web notes feature of the Windows 10 Edge web browser lets tablet and touch-screen users draw on websites using their finger or a stylus. Students can save and share their notes with fellow classmates via Microsoft OneNote, while professors can incorporate the annotations into tablet-led presentations.

Windows 10’s Continuum feature lets users move seamlessly between desktop and tablet modes, which should be enticing on campuses where user mobility has become increasingly prevalent.

The Start menu also makes its return in Windows 10. That small yet heavily praised upgrade over Windows 8 should make it even easier for students, faculty and staff to navigate the OS.

On the back end, Microsoft’s newest operating system comes equipped with an expanded set of security, management and deployment features available only on Windows 10 Enterprise and Education.

Credential Guard and Device Guard features up the ante by shifting from software- to hardware-based security. Credential Guard isolates hashed user credentials in a virtualization-based security environment to prevent attackers from stealing secrets. Device Guard, on the other hand, places application whitelisting services in a virtual container to stop hackers from accessing and bypassing controls.

Microsoft’s in-place upgrades also make it easier for IT to begin campuswide deployments. Unlike the cumbersome “wipe and load” deployment process that’s been necessary in the past, this new method automatically migrates existing data, drivers and applications from devices that use some earlier versions of the OS.

Additional Considerations for IT

Although Windows 10 Education’s features go a long way in streamlining campuswide upgrades, university administrators and IT professionals are bound to have some concerns.

Student privacy is, of course, a big one. Microsoft has taken steps to clarify which data it collects, encrypts and sends to secure data facilities; however, university administrators may still want to take a hard look at the fine print before upgrading to Windows 10.

Administrators should also take time to consider whether a subscription or perpetual licensing program would be a better fit for their institution. The first option reduces upfront costs but gives colleges and universities access to the latest technology and upgrades during the license period. The perpetual licensing option gives institutions rights to their software even after the license period ends.

As the upgrade approaches, IT professionals will also have to work through hardware and software compatibility issues, train users on the new OS and prepare for an influx of help desk requests.

By working with a trusted technology partner, IT will be able to better anticipate and respond to the institution’s needs throughout the migration process and make the move to Windows 10 as seamless as possible. 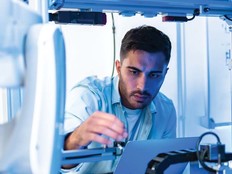 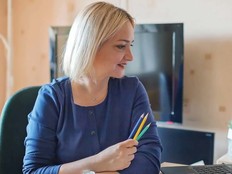