Colorado Christian University trades an outdated document management system for FileBound as part of its effort to automate and reduce reliance on paper.

Long ago, Colorado Christian University began the process of digitizing and storing key documents online. But efforts to reduce its reliance on paper were stymied by its document management system, which was created for the university by a third party and was extremely difficult and expensive to modify. As more departments began clamoring to automate their paper processes, CCU's IT team knew the old system had run out of steam.

Specifically, when changes to the custom-designed system were needed, the university had to call on the developer to write new code. In addition, the tool had a limited indexing scheme. Every piece of paper entered had to match one of four fields: name, address, Social Security number and date of birth. “It was like trying to fit triangles into squares,” notes Amy Hardy, data support and security manager at the university. “No matter what the document was, it had to fit one of those fields.”

Four years into the customized system, CCU's IT team realized they had run into a wall and began actively searching for a replacement. “We had departments wanting to automate and move out of file cabinet storage, but they couldn't because the system couldn't accommodate them,” says Will Hitzges, MIS director. “The customizations that would have been required to enable that were far too cost-prohibitive.”

Settling on a Solution

With those limitations in mind, Colorado Christian University set out in 2008 to replace its document management system. Hardy assembled a wish list of capabilities to steer its RFP and selection process. Based on its struggles with the older system, CCU determined it needed a document management system that could accommodate document types other than TIFF. The IT group wanted to be able to add fields and customize the system as it saw fit without relying on the manufacturer or an expensive third-party integrator.

Integrated workflow became one of the most important criteria for the new system because the university was adding electronic forms capabilities to its website around the same time.

“We needed to be able to route documents across campus to various people,” Hardy says. Consider, for example, a student exemption form, which had to be signed by a student, their advisor, the dean and the registrar. “All of these people are in widely different places physically, and we needed workflow capabilities to automatically route forms to the right people so they could authorize the exemption.”

With guidance from its technology partner, CDW•G, the CCU IT department selected the FileBound document management system. In addition to strong workflow capabilities, the system also scored points for its security features and the ease with which it could be modified. Hardy says another bonus was the licensing scheme. Because the system was priced based on the number of pages, not the number of users, the university gained flexibility. “We can have 300 users, but we don't pay for 300 licenses,” she says.

The implementation took a full year to complete, in part because the team encountered difficulties retrieving documents from the old system and converting them to FileBound. That kind of conversion bottleneck is common with older, proprietary document management systems, notes Scott Liewehr, lead analyst at Outsell's Gilbane Services, a consulting company focused on content management technologies. Going forward, Liewehr suggests CCU and others make sure to ask prospective software makers about migration issues as part of the software evaluation. “I always say, â€˜I expect this software to have a shelf life of five years. How hard is it to move away from your system over time?' ” he says.

Now that the FileBound system has been in place for several years, the university has reaped a number of benefits. Hardy reports that paper use has been dramatically reduced campuswide, and the university, which had always struggled with limited office space, now has ample room thanks to the decreasing number of file cabinets.

The FileBound system has also dramatically improved how work is processed in the registrar's office because the software's support for PDFs and drag-and-drop capabilities has greatly reduced the need for scanning. “With drag-and-drop, it literally takes seconds to look up student records and pull one screen into another compared to [the previous way of] scanning, which took up to five minutes per document,” says Michael Tuszynski, a processor in the registrar's office and a so-called super-user of the FileBound system. 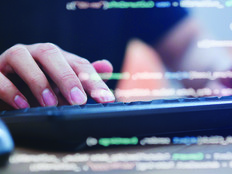 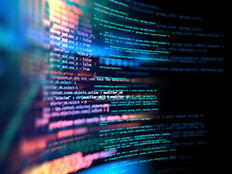