A few years ago, students in Alameda Unified School District in California still mostly used desktop computers. Wires ran all over classrooms, connecting desktops and projectors that sat in the center of instructional spaces, and wireless connections were spotty at best.

It wasn’t that Alameda officials didn’t understand the importance of modern IT for student learning. Instead, the district’s aging school facilities made it difficult and expensive to perform seemingly simple technology upgrades.

“Teachers gave up trying to connect to Wi-Fi,” recalls Rob van Herk, Alameda’s technology services director. “They said, ‘The wireless is almost always down,’ and they didn’t even report it in many cases. If they did report it, we would go out to check on the problem, but the fix would often cost $10,000 to $20,000 for a single classroom. We didn’t have the money.”

Many classrooms had only a single data drop, and the district lacked the staff and resources to address the issue one classroom at a time. If teachers wanted to add new equipment, such as a printer, they bought and installed nonmanaged switches on their own, flooding the district with networked equipment IT staffers didn’t know about.

“We were constantly chasing our tails, asking, ‘Why is it down? Why is it not working?’” van Herk says. Alameda Unified is hardly alone. School districts throughout the country struggle with aging facilities that limit their ability to give students access to state-of-the-art technology.

“If you want to run wires or cables, you’re constantly dealing with flooring or Sheetrock that is contaminated with hazardous materials,” says Scott E. Brown, incoming president of the board of directors for the National Council on School Facilities and director of school construction for the state of Maine. “You might also have some problems with Wi-Fi signals due to the architecture, but our biggest issue is hazardous materials abatement, because it’s expensive and you often can’t predict the cost.”

How to Upgrade Aesthetically

Alameda made do with shoestring solutions for as long as possible, but real progress didn’t happen until the district passed a major bond initiative that included millions of dollars for tech upgrades across its 15 campuses.

Rather than using the bond money for laptops and other student devices, officials dedicated the funds to beefing up IT infrastructure. That meant replacing cabling, installing Aruba 2540 series switches across the network, running at least half a dozen data drops to every classroom and outfitting each classroom with an Aruba AP-315 access point. The district also implemented a Voice over IP system.

When Pinellas County Schools in Florida undertook a major renovation of St. Petersburg High School, the district initially planned to focus on the exterior of the historic building, which opened in 1926 and counts a number of state politicians and former professional athletes among its notable alumni. But as the project got underway, officials realized that the wire conduits running along classroom walls detracted from the historic nature of the school. The district pursued grant money and is now furring out the classroom walls to conceal the wires, allowing the high school to support interactive displays in a way that better preserves the building’s history. “It’s completely aesthetic,” says Doug Pollei, director of facilities design and construction for the district. “The building is on the national historic registry, and it would be hard to explain why we would spend a lot of money on the school and then come away with it not looking historically accurate on the inside.”

Boston Public Schools recently spent $8.5 million on flexible furniture and other elements for modern classrooms, including mobile interactive digital displays. The 45- to 55-inch screens are on wheels and outfitted with Airtame wireless presentation tools, allowing teachers to use them in classrooms that were not designed for modern technology. “When you look at projectors, if you want them mounted, you need a ceiling and an electrical system that’s going to support that,” says Mark Racine, CIO for the district. “Our buildings that were built 100 years ago don’t have that. You have to drill into brick and mortar, and then running electrical in these buildings is a nightmare.”

In a way, Racine says, it’s getting easier to incorporate IT into aging facilities as more solutions become wireless.

“Ten years ago, you were looking at desktop computers, and each computer needed two outlets,” he notes. “We were only able to get one computer lab in each school. So some of these problems are actually getting easier to solve.”

MORE FROM EDTECH: Schools upgrade networks with future in mind.

It would be hard to explain why we would spend a lot of money on the school and then come away with it not looking historically accurate on the inside.”

Invest in Tech That Has Instructional Impact

The rolling displays at Boston Public Schools help create additional flexibility for teachers, Racine notes. “We didn’t want to put an interactive display on a wall and decide what the front of the classroom was going to look like for the teacher forever.” The cost of adding wireless is higher in older buildings than newer ones due to the need to hire electricians and workers who can drill through masonry. But the district is committed to enabling digital instruction by supporting two devices per person, per classroom, Racine adds.

“I look at that as just the core technology that we need to get into every classroom,” he says. In Alameda, district IT officials consulted with teachers as they planned tech upgrades, trying to learn which investments would yield the greatest instructional benefits. Teachers told officials that they needed at least four data drops near their desks, as well as enough power to support a Chromebook cart and a projector. Today, the district has 9,000 Chromebooks for student use — a number that would have been unsupportable with the old infrastructure, van Herk says.

“The way the schools are built, it would have cost us hundreds of thousands of dollars just to pull wire,” he says. “It didn’t make sense to do upgrades on a smaller scale.”

Educational technology considered a necessity for today’s students, such as notebook computers, didn’t exist 60 years ago when the typical U.S. school was built. Here are some things to consider about integrating new tech into old buildings.

Wired devices present numerous issues — aesthetically and in terms of physical safety. But the increasing availability of wireless devices offers a timely solution. The networking infrastructure also must be robust enough to handle higher demand — ideally, long into the future.

Districts increasingly are investing in technology to address today’s physical security and cybersecurity needs. Consult experts about assessing existing vulnerabilities and, with physical security, seek advice on strategic placement of devices such as security cameras.

Virtualization and cloud solutions offer savings in terms of time, money and space.

Modern classrooms benefit from more than mobile devices and other digital tools. Flexible seating and furniture arrangements can support greater collaboration. Artificial intelligence solutions also can help schools save on heating and cooling costs, among other things. 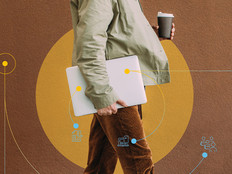 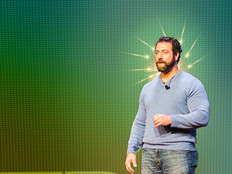 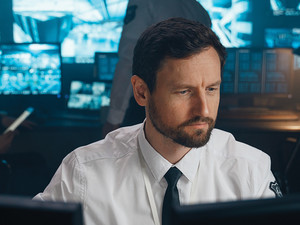 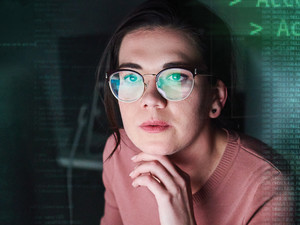