At 70 public schools in Louisiana, in partnership with Tulane University, a new program using data analytics to monitor student behavior has reduced the number of disciplinary incidents by 72 percent, according to a new study released by Tulane’s Education Research Alliance.

Educators and administrators have raised concerns over the rate of disciplinary action involving minority students, with schools in states such as New York showing significant differences in instances of expulsion and suspension between white and black students.

In order to address classroom equity concerns among education leaders, schools are looking to adopt new, more information-based practices to keep students engaged in their studies and support those who are having difficulties.

By combining data analytics and a new disciplinary pedagogy called Positive Behavioral Interventions and Supports, the schools in the study saw a marked reduction in misbehavior among students.

Educators can report the behavior of individual students through their mobile devices or Chromebooks by using behavior codes, which can be personalized to fit the needs of the school.

The software then compiles information into a student profile in order for administrators to track how that student has been acting in school.

This is not the first time data analytics have been used to assess and correct student behavior. When Tacoma Public Schools in Washington saw student retention and graduation rates were significantly low, administrators integrated Microsoft Azure to create similar student profiles, which were then used to identify at-risk students.

After its inception, graduation rates rose from 55 percent to 85 percent.

K–12 schools have been undergoing a recent transition in disciplinary action, phasing out traditional “zero-tolerance” methods for new, more constructive tactics. One of the most common is a system called Positive Behavioral Interventions and Supports.

According to Understood, an organization dedicated to changing the conversation in schools on correcting negative behavior, PBIS focuses on teaching students positive behavior instead of on punishing negative actions. These are the core principles of the approach:

While the study’s researchers could not determine whether the use of data analytics was solely responsible for the drop in suspensions, that result is a promising sign that data analysis could “reduce exclusionary discipline and encourage more positive student behavior." 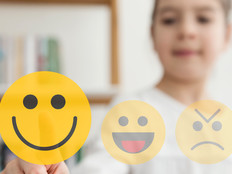 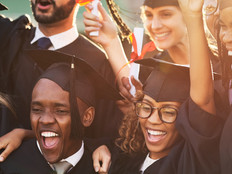