During his buoyant and fast-paced TCEA Convention & Exposition session, Steve Dembo, a consultant and expert on PD, demonstrated how to “de-zombify” professional development by getting people out of their seats.

Dembo, the former Director of Learning Communities for Discovery Education, offered his tricks for revving up training sessions and faculty meetings by encouraging attendees to walk and chat with one another.

“PD should not be done to you. It should have actionable purpose,” he said during his Feb. 7 talk titled “Fear the Sitting Dead.”

Dembo asked attendees to leave the session room and walk the halls while discussing whether or not the internet makes students smarter.

“There is something very powerful about motion and the impact that it has on the brain,” he said about the exercise. “When you’re having a conversation while you’re up and moving around, it changes the dynamic.”

Taking his cue from today’s K–12 educational playbook, Dembo said he wanted to move away from humdrum rows of chairs and desks to a more modern, flexible learning environment. Rather than asking for rote memorization, he encouraged a freewheeling exchange of ideas and interactions.

Here are some tools and tricks Dembo suggested for more engaged PD:

Instead of flashing slide after tedious slide, use audience interaction tools to spice up meetings and PD sessions, Dembo said.

He suggested All Our Ideas, which follows a hot-or-not model and allows participants to come to a group consensus; and DotStorming, another way for observers to add thoughts and upvote their favorite ideas.

“It’s a way to generate ideas and get everyone weighing in on them,” Dembo said. “I also like the classic Padlet. It keeps getting better. It allows you to create columns like a Trello board and gives people some structure.”

Dembo also said he buys small laser pointers in bulk and passes them out during sessions.

“I like laser pointers,” he said. “You can vote with them by pointing them at your response on the board,” he said.

The trick with laser pointers, Dembo said, is to give people time to adjust to them.

“Do a game first,” he suggested. “Give people a minute to play, and then they’re right there with you.”

Dembo suggested that Twitter chat beginners check out Participate, which brings all of the chats into one location and filters them into a single conversation.

“It will filter it into one conversation and automatically refresh if you join the Twitter chat and participate in it,” Dembo said. “It will automatically add the hashtags for you, and if there are scheduled questions, it will put them at the top.”

Dembo said he embraces the idea of the un-conference — one version is Edcamp, which he highly recommends for PD.

“At an Edcamp, there’s no agenda set. There are no premade agendas,” Dembo said. “They’re very democratizing because everybody is on the same level, which is nice. It’s conversations. It’s playful. It’s friendly. And you learn a ton.”

EdTech will feature articles on breakout sessions and the latest trends from TCEA 2018. Check out more of our coverage on the TCEA 2018 conference page. 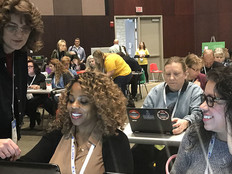 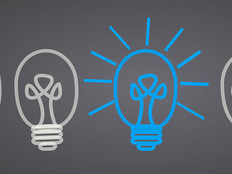 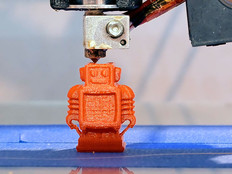