When Tennessee Department of Education CIO Cliff Lloyd took office in 2014, the state’s schools were among the worst in the nation. Young students weren’t proficient in reading. Many students weren’t enrolling in college, and the ones who did often needed remedial courses.

Lloyd and other state officials turned to digital tools and the backbone of Microsoft Azure to help turn the state’s education around. By October of 2016, a National Assessment of Educational Progress report highlighted Tennessee as the fastest improving state in the nation in science.

“From day one, technology was recognized as the way to underpin our plan,” said Lloyd in a session on Jan. 25 at the Future of Education Technology Conference in Orlando, Fla.

They needed to first make better use of data to inform decision-making and student success initiatives. But using data can come with security risks.

Lloyd and his team used Microsoft’s Azure Active Directory, which provides identity and access management to the cloud, to create a secure, single sign-on for everyone in the state, where users only had access to data necessary to their role.

The state also constructed a Student Information System as a Service with six student management systems built out on Azure, allowing districts to choose the service that works best for them.

The Tennessee Department of Education partnered with Microsoft, Hewlett Packard Enterprise and other tech vendors to create a state enterprise data warehouse, according to Lloyd, which eliminated several data islands and helped with interoperability.

“Data-driven decision-making is what led to the policies that led to our transformation,” said Lloyd. “The data really needs to flow.”

How to Make the Most of Data with Microsoft Tools

“The problem isn’t that schools don’t have data,” said Dustin Ryan, a data platform solutions architect at Microsoft Education, in the session. “Actually, being able to draw some actionable intelligence from that data is the tricky part.”

In today’s fast-paced world, Ryan noted that cloud technology such as Azure is integral to helping schools leverage data quickly.

“Because these are cloud-based technologies, when I need an SQL data warehouse, I fill out a form and I have a data warehouse in a few minutes,” said Ryan.

Curious about more perks of cloud computing? Take a look at some unexpected benefits.

For districts large and small, Ryan suggested that IT leaders use the Cortana Intelligence Suite in Azure to use machine learning to build out the tool they need. The Intelligence Suite will also help schools with data governance issues about how data is securely stored and moved.

Once data is collected, Ryan noted that Power BI, Microsoft’s business analytics service, can help leaders aggregate data and put that into a visual format. Using this tool, schools can create dashboards of their results to present to leaders to prove efficacy, much as Lloyd and his team did to show the results of their tech investments.

Check out more of EdTech’s coverage of FETC 2018 on our conference landing page. 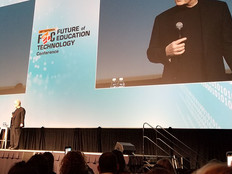 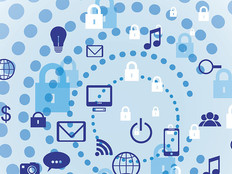 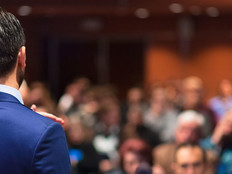