Just as they have in manufacturing, defense, aerospace, transportation and dozens of other industries, robots and artificial intelligence are revolutionizing how humans teach and learn.

Manifestations of robotic and AI teaching technology can already be seen in the educational sphere. For example, L2TOR is a project funded by the European Union aimed at developing an AI robot capable of helping preschoolers develop basic language skills.

Futurist Brian David Johnson sees L2TOR as an early manifestation of a new wave of robotic tools that may become widespread in education. “These sentient tools will take over simple and social tasks that teachers and teaching aids provide today,” he says.

While robots are unlikely to replace human educators completely — students will still need social interaction with other humans — Johnson believes the technology will “push us to rethink, ­re-evaluate and reimagine what we think a teacher’s role is, who a teacher can be and how we value the work that the teacher is doing.”

Another example is Kaspar, a specially designed childlike robot being developed by British researchers to help autistic children learn to communicate with other people. Directed by a teacher or therapist via remote control, Kaspar uses games and songs to help children with their social skills.

“Students want to learn about things they find relevant,” Shoop says. “Robotic systems are everywhere, and that makes learning about them relevant.”

Shoop’s organization has found that, when used correctly, robots provide an excellent opportunity to advance math curricula. An outgrowth of this is Expedition Atlantis, a digital game distributed by the Robotics Academy in which players use the mathematical concept of proportional reasoning to pilot robotic vehicles in a quest to explore the undersea kingdom.

The educational impact of robotics extends beyond pure curricula. The nonprofit STEM engagement program For Inspiration and Recognition of Science and Technology (FIRST) hosts robot-building teams and competitions across the U.S. Data show that participating students were two times as likely to pursue a STEM major in college.

“I am most proud of the alumni who have gone on to become engineers and technology teachers who are running FIRST teams of their own,” says Jason Rees, a team leader of the FIRST program at Churchville-Chili Central School District in western New York. 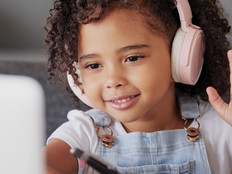