Telemedicine has proved to be an effective tool in helping bring access to medical care in rural and underprivileged communities. And, with 58 percent of parents willing to use telehealth options to treat their kids’ minor illnesses, like colds and flus, it seems to be a perfect fit for schools.

At Ducketts Lane Elementary in Howard County, Md., a female student who suffered an asthma attack was saved a trip in an ambulance to the emergency room, all thanks to the school’s telemedicine program, reports the Pew Charitable Trusts.

Five of Howard County Public Schools have been offering a telemedicine program for the past year. Each of the school nurses has a cart with a high-resolution computer monitor and videoconferencing tools so that they can connect with physicians to examine students, District Administration reports.

“The goal of the program is to keep children in schools so they aren’t being sent home for minor illnesses,” says Sharon Hobson, a registered nurse who coordinates the district’s telehealth options, in the article.

Through the videoconferencing tool, Pew reports that the schools are often able to quickly rule out a contagious illness like pink eye, and 98 percent of students are sent back to class.

“Not having to pull my child out of school and take him to the pediatrician is a huge benefit,” says a Howard County parent in the article.

Another benefit of this program is that low-income students get access to medical resources they may not have been able to.

Pew reports that this was one of the driving factors that former Howard Country Executive Ken Ulman considered when starting the program.

“Ulman believed that health disparities in lower-income areas of the county were depressing student achievement and that telemedicine might help,” reads the article.

Because of the partnership with the Howard County General Hospital, District Administration reports that the district is able to offer services at no cost when families don’t have insurance. 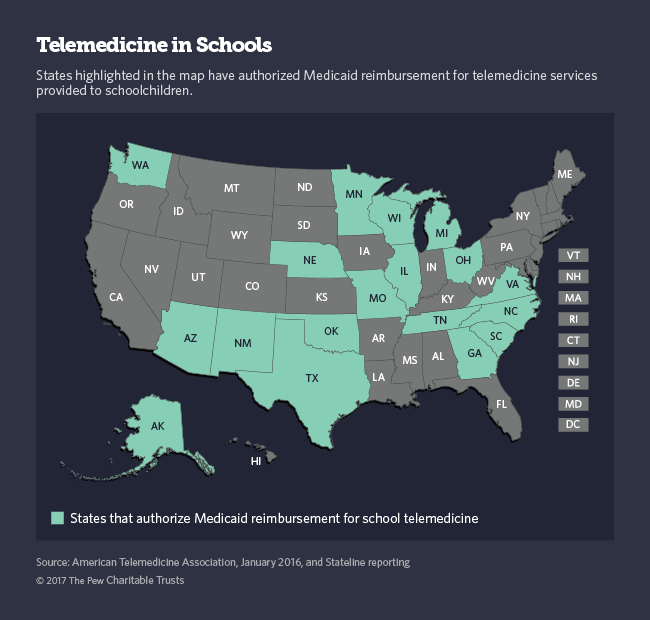 In North Carolina, District Administration reports that the Center for Rural Health Innovation is offering telemedicine at 33 schools across four counties — and 89 percent of students are returning to class after treatment.

Pew reports that schools have expanded their telemedicine offerings to help support a wide variety of conditions from mental health to speech pathology. 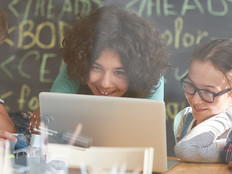 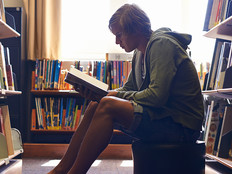 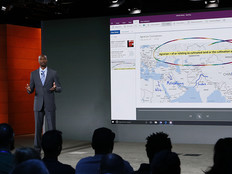