About seven years ago, when Mark Benigni began as superintendent of Meriden Public Schools, the urban Connecticut district didn’t even have a device program. Now, all of Meriden’s 8,600 students have a device in their hands, Benigni says.

1. Craft a Tech Team to Support Students and Teachers

For Meriden, Benigni says the first step had to be building a team that was tech-savvy. From hiring an assistant superintendent familiar with technology to marrying together two positions to create Haeffner’s role, Benigni wanted to begin infusing the importance of tech right away.

“We knew that in order to get our teachers on board, we had to get them the support they needed,” he says.

A director of blended learning and several technology integration specialists and coaches were added to the staff as well.

2. Get Educators and the Community on Board

Just as a personalized approach to learning has proved effective among students, Benigni says applying the same approach to educate teachers on new tools has also worked well.

Before launching new tech and a blended learning approach, Meriden Public Schools offered its teachers job-embedded personal development and continues to offer coaching. Some teachers at Meriden schools have now become experts that other teachers can turn to, Benigni says.

“Our staff responds well to their colleagues being the coaches,” he says.

Experts agree that community buy-in on education is quite important. Anne O’Brien, deputy director of the Learning First Alliance, blogs on Edutopia about how community involvement helped a Tennessee school district work towards a 100 percent graduation rate.

“There are many ways that communities can support education on a deep and meaningful level,” writes O’Brien.

To make sure everyone was aware of the transformation Meriden would go through, Benigni says that they invited parents and other community members to come to the school for “learning walks.”

3. Put Infrastructure and Devices in Place

We’ve discussed a lot on EdTech about the importance of developing a strong infrastructure to support things like one-to-one computing and personalized learning.

At Meriden Public Schools, Benigni and Haeffner say that infrastructure improvements, like ensuring all buildings had Wi-Fi, was a critical first step. After that came a bring-your-own-device pilot that Haeffner says was unique because even kindergartners were bringing in devices. Though some teachers were skeptical, the program was deemed a success.

“We got feedback from all of our stakeholders and the response was so overwhelmingly positive, we couldn’t turn back,” she says.

Though in their urban district, where 71 percent of students get free or reduced lunches, Haeffner says some students were at a huge disadvantage because they didn’t have a device to bring in.

Now, Meriden has one-to-one devices for students in grades four through 12.

“Going one-to-one really leveled the playing field for all of our students,” Haeffner says.

When a Meriden Public School student is issued a device, Haeffner says that device is theirs until they leave that school — even during the summer. For high schoolers, this means online summer classes are an option.

Benigni credits the technology and the high-quality digital content from providers like Discovery Education and McGraw Hill Education for increasing student engagement across the district.

“We’ve seen increases in attendance and decreases in suspensions and expulsions,” says Benigni. “The academic outcomes were important, but it was equally important that we didn’t lose sight of climate and culture.” 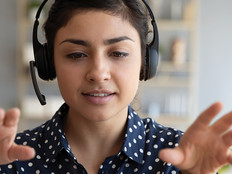