Eight years ago, Maine Township High School District 207 in Illinois became one of the first K–12 users of G Suite for Education.

“This is really a reflection of my predecessors,” says Jason Klein, Maine Township’s assistant superintendent. “They looked at what our needs were going to be in the coming years and saw that G Suite could really solve a series of problems for us.”

Since then, the district, which serves grades 9 through 12, has rolled out 7,500 Chromebooks to their students and teachers. Google has followed the deployment every step of the way.

Over the course of 16 months, the tech giant and Evergreen Education Group studied the results of the rollout at Maine Township and several other schools and recently released “Impact Portraits” on the projects.

From a boost in ACT scores to teaching the youngest of learners better online communication, the rollout’s impact ran the gamut in terms of benefits.

“One of the things we’re always trying to solve is the issue of access for all of our students when they are at home,” says Klein.

At Maine Township, all students are allowed to take home their Chromebooks, and Google found that for 60 percent of those students, their school-issued device was their primary computing device.

Klein said Maine Township schools vary remarkably from suburban areas to low-income rural areas, but supplying all schools with Chromebooks and G Suite, and then allowing students to take their devices home, creates some equity.

“One of the key elements of having these devices in the school is that students can use them whenever, wherever,” says Klein. “To restrict the ability to take the Chromebook home would essentially be restricting the ability of students to do their school work.”

Klein notes that internet access is an important part of the equation, and not all of their students have it. Maine Township is working to solve this with the help of school-issued hotspots.

“Students in the district were spread out geographically (and schools ranged from very large suburban schools to small rural ones), so the PUHSD school board chose to provide all their students with Chromebooks in 2011 to bring students into the same district-wide system,” the PUHSD Google Impact Portrait reports.

For both Maine Township and PUHSD, Chromebooks and G Suite helped with a diverse student population.

Despite hardships (like low-income status) that typically affect student assessment scores, Klein says students in Maine Township have outpaced all other schools in their area in terms of ACT performance.

At PUHSD, truancy has reached the lowest level in the area thanks to Google Chat allowing teachers to check on troubled students, Google reports.

Klein notes that tools like Google Chat are used by both students and teachers at Maine Township to foster an environment of constant collaboration.

“Teachers can give real-time feedback that is impossible in a strictly pencil-and-paper world,” says Klein. “The teachers are also getting this kind of instructional coaching from their peers. It’s a huge benefit.”

Such collaboration is important at the high school level because it mimics the modern workplace, says Klein. But at Arcadia Unified School District, students in K–12 are learning the benefit of constant collaboration.

“Students as young as second grade now regularly send emails after school to teachers asking for support and clarification on assignments,” the Impact Portrait reports.

By introducing Chromebooks and G Suite for Education at the early levels, Google reports that Arcadia students have developed more independence and engagement with their work; and, overall, they have “a higher level of mastery.” 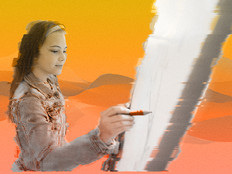