From the abacus to the slide rule, tools for calculating have been around since ancient times.

But it wasn’t until the 1970s — when many companies began introducing handheld calculators — that K–12 schools started using electronic tools in the instruction of arithmetic.

In 1975, when a Science News article estimated that there was one calculator for every nine Americans, the National Advisory Committee on Mathematical Education suggested that students in eighth grade and above should have access to calculators for classwork and exams. By 1980, they extended that suggestion to all K–12 students; just six years later, Connecticut was the first state to require calculators on standardized testing, reports Hack Education.

Texas Instruments, or simply TI, is a name synonymous with calculators, particularly those used by students. The TI-30 was among the first to be branded an education tool. 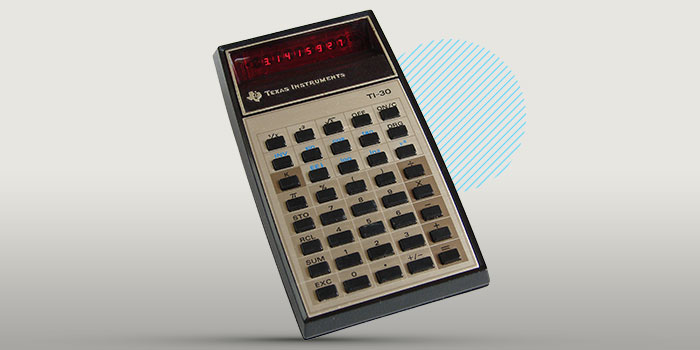 The TI-30 is a low-cost scientific calculator with an LED that originally retailed for $24.95, Datamath reports. It was considered to be basically the same as the $49.95 SR-40, but, as Datamath says, the price was lower because of a difference in materials and battery.

In several promotional leaflets, TI touted its suitability for classrooms (“Ideal for high school … and to grow with into college”). They even released a “TI-30 Student Math Kit,” which included a 224-page book of activities and operating tips. 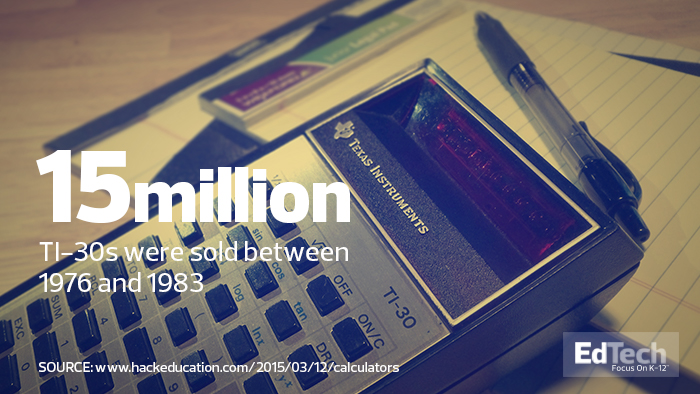 “This economical calculator-based math system is designed specifically to meet the needs of today’s students. As skills grow through high school, to college, and into a career, the TI-30 will continue to meet all but the more advanced math challenges,” the leaflet reads.

WHEN  Was the TI-30 Introduced? 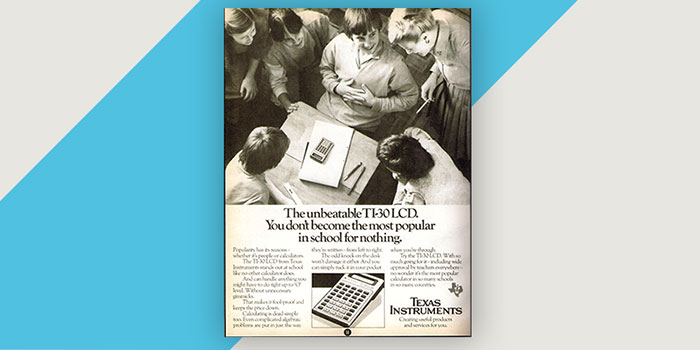 Back in the 1970s to early ’80s, educators were just coming to terms with the popularity of handheld calculators.

A thesis written by Cedarville University master’s candidate Sarah Banks in 2011 measured the attitudes toward calculators in the classroom starting in 1975. 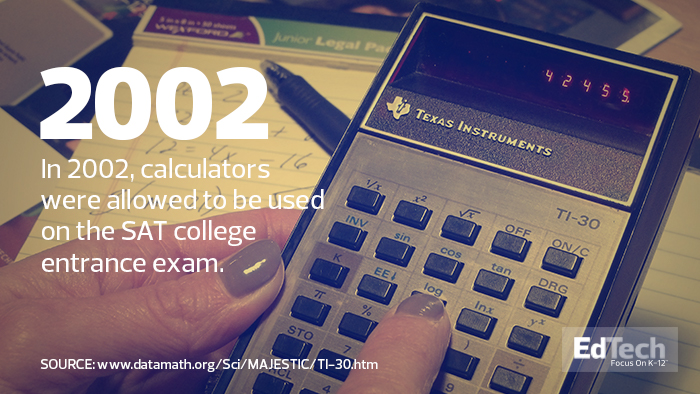 “Accepting the popularity of calculators and realizing that this tool was not going to disappear, educators were forced to adapt,” Banks wrote. “At this point, teachers and curriculum writers searched for ways to teach effectively with the calculator as a pedagogical tool.”

Clearly, the level of acceptance grew. Banks wrote that by 2002 calculators were even allowed on the SAT college entrance exam. 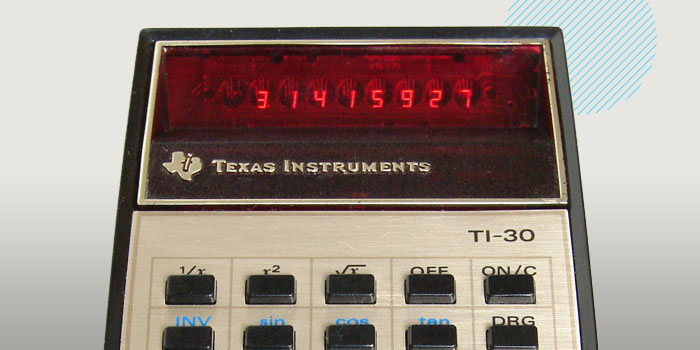 Though the production of the TI-30 itself stopped in 1986, its legacy has carried on in the names of low- and mid-range scientific calculators, Datamath reports.

In fact, students today are using a descendant of the TI-30: the TI-30X IIS model. The TI-30X IIS was released in 2011 and now comes in a variety of bright colors.

TI invented the first handheld calculator in 1967. Called Project Cal Tech, it is currently on display at the Smithsonian National Museum of American History.