A majority of teachers are turning to digital supports for education on a regular basis.

In Education Week’s Technology Counts 2016 survey of about 700 K–12 teachers, more than half said they felt comfortable using new technologies at school.

Twenty-four percent of respondents said they even considered themselves to be “risk takers” in trying new digital devices and programs. However, most teachers aren’t regularly using these tools to produce creative or inquiry-based learning experiences.

“Despite an influx of technology in schools, many teachers still mainly rely on digital programs to supplement traditional instruction strategies,” Education Week reports.

Of the educators who use technology each day in the classroom, most use it for drills, review and practice exercises. The vast majority reported that tech is used for interactive projects and collaboration only a few times a week, month or year. Twenty-two percent of respondents said they had never used technology in the classroom for collaborative activities.

However, a large majority of those surveyed feel enthusiastic about the future use of educational technology — most even believe that some improvement will occur within the next year. But this seems to depend on the income level of the school these teachers work in.

Teachers in low-income areas were also less likely than their counterparts in wealthier areas to ever feel comfortable using technology for collaborative or interactive projects.

Educators cited various obstacles to using technology in the classroom, including too few devices for students (64 percent of teachers in low-income schools versus 28 percent of those in wealthier schools); lack of proper training for teachers (43 percent versus 24 percent); and curriculum demands from administrators (43 percent versus 21 percent).

Though these teachers were less confident in using educational technology than their counterparts, the survey suggests that the largest factor in their attitudes may be closely related to the difference in the environment of their schools compared with their more confident peers.

Check out more information from the full report, which is available on Education Week. 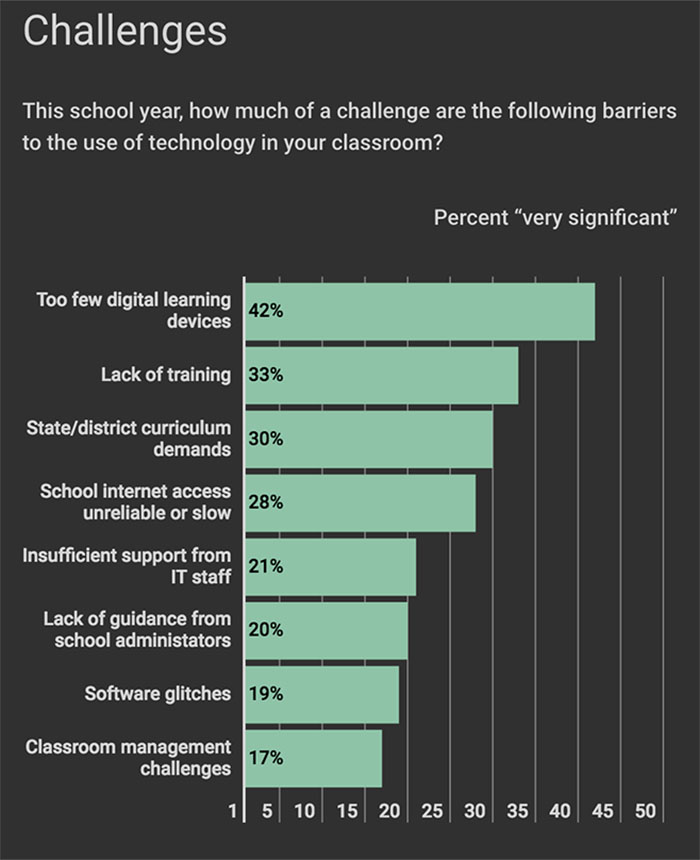 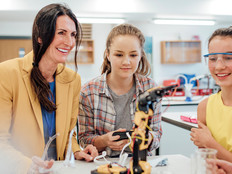