Many high-demand occupations require a solid grounding in science, technology, engineering and math. But Americans give K-12 schools passing grades at best in these areas. In a recent Pew Research Center report, for example, only 29 percent of Americans rated U.S. STEM education above average or best in the world. Professional scientists handed out even lower grades, with 46 percent calling K-12 STEM studies below average compared to the rest of the world.

Districts across the country are responding with new emphasis not only on formal STEM curriculums, but in related activities, such as after-school makerspaces and STEM labs where students can apply their math and science skills to engineer new types of products or conduct experiments. Schools are getting help from a variety of federal programs, such as last year’s Every Student Succeeds Act, which sets new guidelines for including computer science in core curriculums. President Obama has also called for more than $4 billion in federal funding for hands-on computer science and math classes.

“Particularly with STEM, the emphasis is on active learning, whether that’s for prototyping or conducting experiments,” says Samantha Adams Becker, senior director of publications and communications at the New Media Consortium, a co-creator of the NMC Horizon Report. “These are the best ways to bring to fruition the ideas that students have in their heads.”

According to the latest NMC Horizon K-12 report, schools are no longer in the process of embracing BYOD and mobility for classrooms—the move is complete in many districts. Now, IT managers are focusing on how to better support tablets and smartphones, along with a wide range of other devices. “The definition of BYOD is expanding to include wearables and other hardware,” Becker explains. “School IT leaders managers must be prepared to manager this greater diversity.”

Parents are also paying attention, and in recent surveys have made clear they see a strong connection between mobile devices and STEM success. When asked about the educational value of mobile apps and content, a resounding 67 percent of parents saw learning benefits for teaching math, while 63 percent said the same for science. In the same survey, parents of girls where even more enthusiastic about the potential of mobile technology, with 71 percent and 68 percent seeing value for math and science education, respectively.

“With an emphasis on student collaboration and project-based learning, textbooks and other ‘analog’ teaching and learning tools are being replaced with mobile devices,” says a spokesperson from Microsoft, echoing some of these findings.

For its part Microsoft offers Surface notebooks and tablets with detachable covers that include keyboards for either laptop or tablet functionality. With models that support Surface Pen, students can hand-label a diagram of the human body, sketch the effect of magnets on each other, or work through calculations to solve math problems. Lightweight and portability make the Surface devices appropriate for flipped learning models that promote student engagement at home and in classrooms. The devices run Windows 10 and Microsoft Office applications so students can do research on the Web while working on reports in Word and creating presentations in PowerPoint.

IT staff charged with managing mobile environments can get help with managed tablet bundles. The managed solution delivers the Google Apps for Education suite, while relieving internal IT departments of many deployment, support, and administrative tasks. Schools can also take advantage of preselected voice and data plans from a variety of carriers, making it easy to compare plans without the hassle of shopping around.

While mobile devices or other classroom tools get a lot of attention, STEM education will falter without a strong foundation. “The network is key to supporting the resources math and science students need to run computational processes, perform experiments, and get hands-on access to technology,” says Renee Patton, director of education at Cisco.

Similarly, administrators of wireless networks are benefitting from controller-less Wi-Fi options from Aruba Networks and others. Aruba Instant, for example, uses one access point (AP) to automatically distribute network configurations and authentication policies to other APs throughout the network. According to Aruba, the entire configuration process takes about five minutes and doesn’t require the skills of a networking expert. The latest models support the new 802.11ac Wave 2 APs, which deliver multi-user MIMO (MU-MIMO) capabilities, which enhance network efficiency and performance in dense networking environments.

Today’s networks must also support new, quality-of-service sensitive applications, including video conferencing, which promote heightened collaboration in classrooms. For example, because a high school in Arizona didn’t have enough advanced-placement Calculus three teachers to staff all of its facilities, it installed Cisco TelePresence on each of the five campuses. Now one calculus teacher can teach students located on all of the campuses. “This is important because one school may only have 10 students for the class, while another may have 30,” Patton says. “The school can now scale access to the course as needed for each location.”

Schools can also use video conferencing to offer guest lecturers and virtual field trips, she adds. 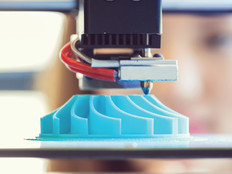