Five years ago, students rarely used tablets in school. Today, the devices are nearly ubiquitous, which is one reason why it proves so difficult for schools to develop long-range technology plans.

Mokena School District 159 in suburban Chicago sidestepped that challenge by focusing on a safe bet: filling its buildings with the reliable, seamless broadband wireless that today’s tablets and tomorrow’s technology will require. In mid-August, Mokena finished a major infrastructure update that included 85 Aruba access points (APs).

“We’re not concerned about all of the things that could possibly happen,” Technology Director Steve Hastings says. “We haven’t future-proofed ourselves, but we’ve put in the base so that whatever that future technology is, we’re pretty certain we can support it.”

“We were lucky enough to have a fairly robust infrastructure already in place, such as Wi-Fi in every classroom and 400-megabit bandwidth,” says Technology Director Jim Bowlby. “Our tech plan is device-agnostic and assumes a fairly constant price for increasing power and capacity.

“The plan is reviewed every year in order to determine whether new developments or past experiences require a shift in direction or priorities,” Bowlby says. “In essence, it’s a ‘living’ document that provides a roadmap rather than a static plan.”

Choosing infrastructure that can be upgraded easily and in a cost-effective way — such as software or swappable modules — helps to hedge IT’s bets further. Back at Mokena, Hastings didn’t see the need for 802.11ac-compatible equipment today, but the option remains opens to the team down the road because Aruba’s AP firmware is easily upgraded. “There’s so much stuff out there that doesn’t support 802.11ac yet, especially in education,” Hastings says. “It’s going to be 10 years before schools adopt the standard. Many districts have done just what we did, and they’re not going to do it again for another five or six years.”

Those time frames highlight why it’s critical to get every detail right when developing and executing a technology plan, he says.

Mokena’s upgrade spanned June through August, which many officials agree represents the ideal, for several reasons.

“We use the summer to implement all major projects,” says Troy Bagwell, technology director at Decatur ISD in Texas. “We spend the time that school is in session to support, adjust and monitor the implementation of the summer projects.” The district most recently updated infrastructure to support new mobile device initiatives. Decatur High School is a one-to-one notebook school, and McCarroll Middle School is a one-to-one tablet school. The district’s three elementary schools are increasing their access to tablets as well.

“Six years ago, when we first deployed notebooks to each high school student, we felt that a density of one wireless AP for every two classrooms would be sufficient,” Bagwell said. “Now students and teachers rely more on their devices. When considering our wireless infrastructure needs, we had to review our entire switches and cabling infrastructure.”

“I have learned after many years in the field not to have major projects during the school year,” Bagwell says. “I realize that it can’t be avoided sometimes, but I make every effort to plan for summer.” But a downside to summer can sometimes come into play: The greater the project, the more challenging it is to get everything done before classes resume. Bagwell and Hastings agree that districts should strive to select a systems integrator to handle mundane but critical tasks such as ensuring all of the products and contractors stay on schedule.

“I wanted to deal with the technical issues, not ‘Is this guy going to be here on time?’ ” Hastings says. “So I told the board and administration that we needed to partner with somebody who has resources for all of this.

“Having been forced to do things ad hoc in the past, I knew that wasn’t the way I wanted to do it. It makes things much more complicated and much more cumbersome.”

Get the Right Input

Some districts survey teachers about what capabilities they’d like to have or which technologies they have that aren’t particularly useful, then build a multiyear plan around those needs or shortcomings.

Others frame planning around regulatory requirements such as the Children’s Internet Protection Act. Still others caution against following government guidelines too closely.

“It helps to break the mold on state tech plan templates or E-Rate funding plans, which are often unwieldy and not practical in day-to-day application,” says Bowlby, who worked with an advisory committee that included teachers, administrators, librarians and technology department members to create Mill Valley’s plan. “Since funding was going to come primarily from PTAs and the Education Foundation, there were informational meetings with those groups to gather feedback and support.”

Bowlby says it’s also wise to involve teachers, staff and other stakeholders because they will also learn about the challenges of executing a major plan, ensuring they will be more understanding when it comes to delays, technologies that weren’t used or other issues.

“Make sure you have the support of everyone you’re doing this with: the board, the administration, the public, the staff,” Hastings says.

Many of Mokena’s buildings are 40 years old or older, so it wasn’t surprising that Hastings and his team ran into unexpected issues once they started opening up walls. To avoid having such issues turn into major setbacks and finger pointing, the plan should also include some flexibility for budget and time, Hastings says.

“Build in a buffer for when things don’t go according to plan,” he says. “Then you’re ready for it to happen.”

Technology departments rarely have the ability to spend school or district money however they’d like, so they may be tempted to buy products with low upfront costs — a choice that could haunt them, Hastings says.

For example, an advisory committee might question the premium price of professional-grade displays or enterprise-class APs when they appear no different than what’s available at a big-box store. But a consumer-class television isn’t designed for continuous operation, so its cheap price often is negated by having to replace it sooner than may be required with a pro display. One reason why Mokena replaced its Wi-Fi infrastructure was thanks to the consumer gear that had been in use, which didn’t offer important enterprise features such as the ability to manage or block traffic. “Just because something can be purchased at a nearby store doesn’t mean it’s the best option for the organization,” Hastings says.

It also can prove risky to select products from lesser known vendors or those who are too new to have an established reputation, he says. Hastings chose Aruba in part thanks to his past experience with the company’s products, as well as the information his peers shared about the quality. As a result, he says he’s confident he won’t be stuck with orphans.

Mokena avoided some open-source solutions, Hastings says, because there aren’t enough IT staff available to tinker with the products and maintain them. Products with more extensive vendor support allow critical staff members to focus on other matters, Hastings says: “I need an organization I know is going to be there to back me up.” 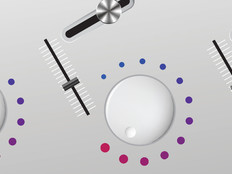