Gary Brantley, CIO for DeKalb County Schools in Georgia, understands that while products and tools are important, it takes people to secure a network. “Security has become a continuous process, and there’s a human element that plays a significant role in securing the network and making sure things run properly,” he explains.

A few years ago, DeKalb County Schools opened its network operations center. It began with simple tools, and today 10 people rotate in and out of the NOC to monitor the network from 5 a.m. to 10 p.m. daily.

DeKalb County Schools also deployed Lightspeed’s web filter about three years ago to block malicious traffic. Brantley says Lightspeed lets his IT staff set controls, so he has set up the web filter to block pornography and questionable content. “We leave it up to the teachers to decide what content to allow,” he adds.

“Organizations need tools that can deliver more visibility into network traffic,” Dickson says. “I think we’ll see more security products come with sensors, so IT managers can more accurately track the flow of traffic across the enterprise and determine if there’s anything suspicious with network activity.”

Dysart Unified School District in Surprise, Ariz., also uses a combination of tools to protect its network. The IT staff supports about 25,000 students across 24 schools.

Andrews says this setup ensures that all of the district’s content complies with the Children’s Internet Protection Act. Teachers have different levels of access, and they can request access to sites directly connected to their curriculum. The Fortinet firewalls protect the network from incoming threats, especially attacks on critical human resources and student information system databases.

“All of these tools give us the ability to control and manage what’s on the network. We can see and monitor any malicious activity and keep bad content out,” Andrews adds.

Frank Dickson of Frost & Sullivan shares some findings from his recent report about advanced persistent threats:

• A network security sandbox provides an analysis environment (which is often virtualized) in which a suspicious program is executed and then observed, noted and analyzed in an automated manner.

• Sandboxes are more effective because they go beyond the mere appearance of the malware and observe what the malware does. Therefore, results from sandboxing are more conclusive in determining if executables are malicious. 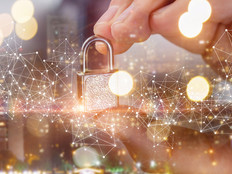 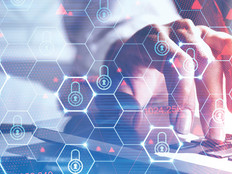