Google is launching an online education conference in May that's focused on innovating with the company's tools in classrooms.

Google Education on Air runs May 8-9 on Google Hangouts, the company's video chat platform. The event will feature more than 100 sessions led by education leaders and influencers, including keynotes from “Reading Rainbow” host LeVar Burton and educational researcher Michael Fullan, who led the CoSN 2015 keynote in March.

Headlining the event are eight keynote speakers, who will lead the following presentations on May 8:

Early registrants voted on the conference sessions’ themes after the event was announced in March. The top-voted theme was "innovating within schools," which captured 43 percent of the vote, followed by "using Google tools for teamwork," which captured 19 percent.

"Presenters will discuss tools and techniques that you can implement easily, affordably and immediately," according to a Google blog post. "Many sessions highlight how Google tools like Google Apps, Earth, Chromebooks and Android tablets can support learning and help educators save time. Others will relate to themes including collaboration and community, computer science and STEM, creation and creativity, digital citizenship, literacy and professional development."

Those who can't attend the two-day online event live will be able to view recordings shortly after they premiere on Google Hangouts. 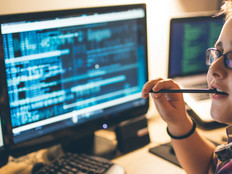 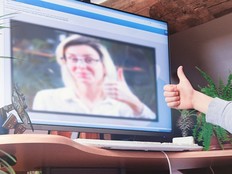