At Carl Hayden Community High School, in Phoenix, Ariz., nearly the entire student body is of Hispanic descent. Many of the students come from low-poverty homes, and English is not the students’ first language. The school is also located in a high-crime area.

On Friday, Fredi Lajvardi, a teacher at Carl Hayden, spoke to a packed ballroom during the closing keynote at TCEA 2015.

Lajvardi began his career as a high school science teacher in 1988. In 2004, he formed a team of students to participate in an underwater robotics competition against major universities, such as MIT and Virginia Tech — and his team won. Lajvardi’s story is portrayed in the 2015 film Spare Parts, starring George Lopez.

Lajvardi formed the team, the Falcon Robotics, to get students interested in science.

“Some of the participants on the team thought about dropping out of high school before joining the team, but afterwards wanted to go on to pursue careers in manufacturing engineering or into electronics. All for me spending an extra three hours a day with them after school,” he said.

Because the team was open to any student, it was a diverse group. That diversity “prepared them for the diversity in the real world and what they would experience in their careers,” Lajvardi added.

Many students had been told repeatedly that they wouldn’t amount to anything. Participating with the team became a way for students to overcome that adversity. The excitement of the project led the students to learn the subject matter needed to build the robots.

“Once you take out the misconceptions in what you can or can’t do, anything is possible. If a student is interested, they will want to learn the material,” he said.

The team first entered a competition to build cars, but funding issues arose with rising fuel costs. The team then entered the Marine Advanced Technology Education (MATE) competition, and Falcon Robotics was born.

The MATE competition consisted of building robots that perform preprogrammed tasks while underwater. The team entered the college division instead of the high school division.

“When we compete we want a challenge, and wanted to go up against the best,” said Lajvardi.

Beyond the water challenge, the MATE competition involved several other factors before the overall winner was determined. Falcon Robotics finished third in the water competition, but their robot was able to perform a task that no other team was able to do. The team excelled in the other areas judged, including presentation, where the team didn’t even have a PowerPoint presentation.

When the team was asked where their PowerPoint presentation was, a team member responded that they didn’t need PowerPoint — they knew their presentation.

After all segments of the competition were finished, Falcon Robotics was announced as the overall winner. In the years following their initial win, the team placed first, second and third and beat MIT each year.

Over the years, the robots built have gotten more sophisticated for Falcon Robotics, eventually entering their work in For Inspiration and Recognition of Science and Technology (FIRST) robotics competitions. The robots can be found around the school all year long — even at football games. The seniors pass on what they know to the younger students so that they can build on what the team has learned year to year. They have started a FIRST competition among high schools in Arizona and have won the last four Arizona regional’s — and will hopefully score a fifth win this year.

Lajvardi closed with some advice on teaching, stating that we should not always be focused on standardized testing.

“We should focus on process, not content,” he said. “We need to show students how to solve a problem and work out a solution.”

He continued by saying that we shouldn’t teach a subject area just to teach it. Give students a problem within that subject area and they will learn it as they work out a solution to the problem.

“The thing that is missing in public education is motivation. If I don’t show motivation in the subject matter, nothing I teach is going to matter,” he said.

Correction: This story was updated to correct the name of the competition Falcon Robotics first entered. 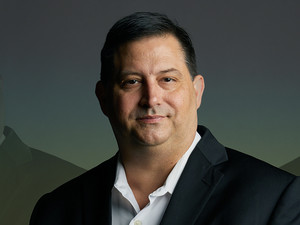 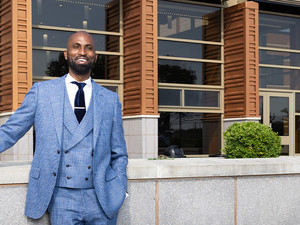