It's a common occurrence: Instructional and technology teams meet, but everyone leaves frustrated because they don't speak the same language

The IT and instructional teams at the Cabot Public School District in Arkansas have found a way to bridge that communication gap, based partly on an informal friendship started years ago on a children's soccer field.

"I was a teacher at that time," says Brooks, "and Kendal's been our tech director as far back as I can remember. He would complain about teachers, this, that and the other. And I would say, 'Well, that's because of x, y, z.' So, we opened up a dialogue back then."

That informal dialogue continued after Brooks moved from teacher to director of instructional technology: Brooks and Wells meet each Friday night to chat by a campfire. "We talk at work," says Brooks, "but on Friday nights, we do brainstorming. We ask, 'What can we do to push this district from good to great? What can we do to push those teachers?' We just throw out all kinds of wild, crazy ideas, and sometimes they'll become real."

Cabot Public School District deployed Chromebooks on a fast track, beginning the rollout in 2013. Both Brooks and Wells point to the teacher training they've provided as a key element of their success.

Brooks started providing informal technology training classes when she was a teacher. When she moved into her current position, those classes expanded to involve more year-round professional development opportunities. For example, if she is preparing to give a teacher a set of Chromebooks for one-to-one use in the classroom, "I'll come in and teach for an entire day to show them, 'This is how you should approach this with the kids, this is how you answer their questions,' " she says.

Wells is continuously impressed with Brooks' ability to be an interpreter between the instructional and technology teams. Because she used to be one of them, teachers trust her. And because "she has geek blood running through her veins," says Wells, the technology team understands her too. "Brooks always asks the critical question: 'How does it fit into the curriculum?' " Wells adds.

The focus on teacher training has helped with another Cabot initiative: moving many of the district's instructional materials to the cloud. Brooks coordinated training on the cloud with Google Apps, and Wells's department slowly transitioned staff and student files to a cloud-based drive. Wells says the results have been fantastic, especially in enabling students to work from home and catch up after being out sick.

Joe Kuzo, director of technology at the Quakertown Community School District in Pennsylvania, is working with his instructional and technology teams to extend the district's one-to-one program from the high school to the middle school. This expansion had been in the works, but Common Core requirements have pushed it to the forefront. "Without some sort of one-to-one program, I don't see how schools will conduct online assessments," he says.

To avoid glitches and ensure that the technology is serving curriculum needs, Kuzo involves all the curriculum groups when planning a new rollout, including special education. They do most of their planning by email, he says, because it is faster and more efficient.

As technology becomes a necessity for even the youngest students, Cabot has begun integrating it into the entire K–6 curriculum, teaching keyboarding in kindergarten and how to use the cloud by third grade.

After sixth grade, the focus shifts from specific technology classes held in a computer lab to technology that is integrated into regular classes.

Before deploying Chromebooks in classrooms, Brooks and Wells looked for teachers to field-test the notebooks in their classes. "We found an English teacher in one of our junior high schools who told us, 'I don't know anything about technology.' " They knew she was the perfect test case, because if she could do it, the other teachers could too.

"I was in her classroom at the end of the last school year, and she was flinging around the technology lingo like it was nothing," Brooks says.

Ann Ware, educational leader at the Ware Group in Greensboro, Ga., and director of two research projects for the Consortium for School Networking, sees technology planning and implementation teams growing in diversity, beyond just instructors and IT staff. As district leaders seek to re-allocate resources, it makes sense to include CFOs and principals, says Ware. Planning teams can also benefit from someone with Title I responsibilities, since Title I funds can be used for professional development related to technology deployments or to backfill other areas after re-allocating funds.

While the teams expand, however, Ware says the focus behind technology planning and deployment is staying true: "We see curriculum being more of a guiding force," she says.

For Wells, that is how it should be. Cabot's district motto is "It's about the kids," and when the curriculum guides technological change, that's where the focus remains.

As more people become involved in the planning of technology and other educational initiatives, it's critical to ensure that everyone is working toward the common goal of improving education. Here are some tips to help keep the focus where it needs to be. 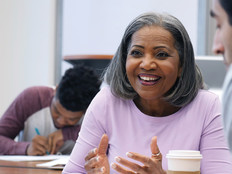 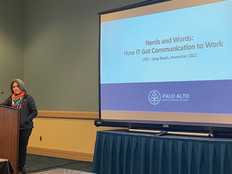 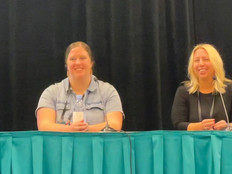