A Maryland school district recently completed its deployment of one of the largest Wi-Fi distributions in public education — a wireless network that supports more than 65,000 mobile devices.

Prince George's County Public Schools plans to connect all of its schools, administrative offices and maintenance buildings to the new network, powered by Aruba Networks.

District CIO Wesley Watts told EdTech: Focus on K–12 that the wireless upgrade provides fresh opportunities for mobile device use that aren’t available when devices are shackled to an Ethernet cable.

The massive, three-year deployment was sparked by the district's growing pains as more teachers and students began bringing mobile devices to school. The burgeoning use, along with an initiative to cut back on paper use in the school, led the district's IT staff to think of a new network strategy that could carry them into the future and beyond.

The wireless upgrade was completed in May, with plenty of time to spare before the fall semester began. This year marks the start of the district's adoption of a curriculum that supports the Common Core State Standards, which encourages the integration of technology throughout the learning experience. The upgrade is helping teachers think outside the box, according to Watts.

"Mobile devices can be secured in a rolling cabinet and moved to wherever they’re needed, making every classroom a potential computer lab. They can also be provided to students and staff to carry with them for outdoor or offsite learning," Watts says.

IT Staff Learn From Deployment Experience

The upgrade itself was a learning experience for many of the district's IT staff. Five years ago, the district had very limited Wi-Fi capabilities in classrooms, Watts says — often, simply an access point on a notebook computer cart. These provided spotty connections, were unreliable and required hours of support, he says. But the unprecedented number of devices being used in the schools required some clever streamlining, Watts says.

"Early in the process, we had several schools with devices for every student and staff member. We ran into performance issues when we were setting up the devices in one classroom and had to readjust our strategy so there would not be too many devices connected to one access point,” he says.

The upgrade allows the district to begin developing a bring-your-own-device (BYOD) policy for all of its schools. The network already allows staff and students to wirelessly connect their personal devices, but it's a supplemental experience, not a requirement. Adoption of Aruba's network offerings, such as ClearPass Access Manager, has helped the district make the decision to consider BYOD, Watts says.

“BYOD is one of the key reasons we selected the ClearPass solution,” he says. 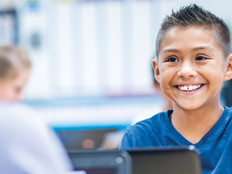 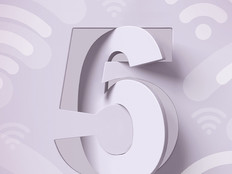 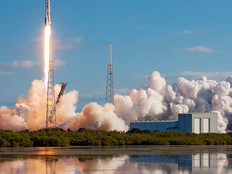