MENU
Log in
The actress and activist shares somber personal stories and a vision for how educators can help troubled youth in conference’s opening keynote.
Home»Classroom

The International Society for Technology in Education’s 35th annual conference and expo opened in Atlanta Friday morning with the Hack Education “unconference.” But the proceedings took an official — and deeply personal — turn when actress and human rights activist Ashley Judd took the stage for Saturday evening’s opening keynote address.

The formal kickoff of the conference began with greetings and announcements from ISTE CEO Brian Lewis and Dr. Kecia Ray, who chairs ISTE’s board and serves as executive director of learning technology and library services for Metropolitan Nashville Public Schools. But it was Judd’s 30-minute remarks that generated buzz in Hall B5 and the Twittersphere.

Judd admitted at the outset that she was nervous about speaking before a roomful of educators at one of their biggest professional conferences of the year. And then she shared her story ...

Judd’s celebrity is well-known. She began acting in 1991, appearing in two episodes of the TV series Star Trek: The Next Generation, and has since performed on Broadway and in dozens of movies, including Heat, Double Jeopardy, Divine Secrets of the Ya-Ya Sisterhood, De-Lovely and the upcoming Big Stone Gap. Her résumé also includes humanitarian and charitable work for YouthAIDS, Women for Women International, Equality Now and the International Center for Research on Women. (Her mother and sister, meanwhile, performed as The Judds from 1983 to 1991, with more than two dozen singles on the country music charts and multiple Grammy and Country Music Association awards to their credit.)

What’s less known is Judd’s troubled childhood, which she shared openly with ISTE attendees. As a youth, she attended 13 schools in 12 years due to the molestation, abandonment and dysfunctional family dynamics she wrote about in her 2011 memoir, All That Is Bitter and Sweet.

In addition to describing the depression that nearly killed her and the recovery process that gave her fresh purpose, Judd reminded the educators in the audience of the incredible responsibility they have to and for the children in their classrooms. “The day in the life of a child is very different from the day in the life of an adult,” she said. Children see and know much more than adults often realize, and if they don’t have an outlet to express their feelings, it can become destructive.

“If you want to know what’s going on in a family, ask a 7- or 8-year-old,” she continued. “I wasn’t allowed to tell the truth of what was going on. What happened in my childhood was a corrosive thread in my life. It’s so crucial that you pay attention to the people you come across, to yourself.”

Judd also detailed, with great emotion, the powerful impact her University of Kentucky professors had on her just by taking an interest in her. Winning the approval of one professor in particular motivated her to keep striving to do more. “We never know what’s going on in a person’s life, and we should never underestimate our ability to give a word of encouragement or even make eye contact,” she said. Even the smallest gestures by a teacher can make such a difference in a struggling child’s life, she added.

Judd’s heartfelt, yet sobering remarks included other memorable insights, chief among them: 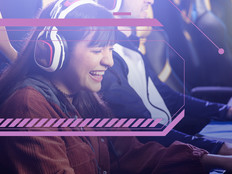 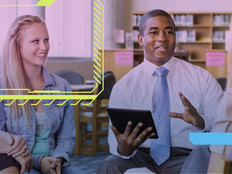