Leaving behind an IT career on Wall Street to oversee an infrastructure ­overhaul for the 17-school ­district in Edison, N.J., afforded him an opportunity to analyze which technologies would best meet his needs and those of the district’s 15,000 students and 2,000 staff members.

“I don’t necessarily believe that the notebook is the best ­computing device for students,” he says, “so we embraced a tablet mentality. They’re cheaper than fully configured notebooks, and because of their popularity, there’s been an explosion of apps being developed. Plus, students appreciate the ‘cool’ factor, so they show more interest in the content. We continue to find more and more uses for them.”

Even so, the district is proceeding cautiously with its tablet initiative. To date, McSorley’s team has rolled out several hundred tablets across the district, using them for math, world language, science, speech therapy and special-needs programs.

“For now, tablets are being piloted in select classes and for specific uses, with an eye toward expansion in the long term. But budget is a factor,” McSorley says.

To support the influx of devices, the IT department began searching for a more robust wireless solution. “It had to perform at a really high level in a high-density environment,” McSorley says. “It also needed to be cost-­effective and easy to manage.”

“I’m a big believer in ­moving to the cloud when it makes sense,” McSorley explains. “The ­performance of Meraki’s offering was far and above what we had at the time and also beat out many of its competitors.”

The solution’s design also was appealing. “The controller allows you to push apps to a device, ­manage it and even wipe it remotely from a cloud-based dashboard,” McSorley continues. “Once it’s set up, you don’t have to babysit it all the time.”

To date, the IT team has installed more than 200 Meraki MR24 ­wireless access points, which offer up to 900 megabits of throughput and are managed via the Meraki cloud.

“If the wide area network link goes down, people can still connect to the APs at school,” McSorley says. “All local functionality continues. In fact, during Hurricane Sandy, I could see on the Meraki dashboard that we had power before the electric company even told me.”

The district also is using Air Marshal, Meraki’s wireless intrusion prevention solution, which is ­integrated into every access point. The company’s cloud-based Systems Manager allows the Edison Township IT department to securely manage the tablets and their apps from any location.

According to McSorley, Meraki’s simplicity, ease of use and cost-­effectiveness made it the perfect choice for Edison Township.

“In a school district with so much density, you need a product that just works,” he says. “That may sound simplistic, but I didn’t want something that I’d have to constantly manage. Plus, its total cost over five years was the lowest we found.”

"The cloud allows us to change staffing priorities in the technology department from district-level to building-level tech support. The more we can outsource the ‘tech support’ stuff, the more we can use internal resources for staff development and one-to-one support for teachers."

— Doug Johnson, Director of Media and Technology, Mankato (Minn.) Area Public Schools, and author of The Classroom Teacher’s Technology Survival Guide (Jossey-Bass, 2012); read his Blue Skunk Blog, one of EdTech’s top 50 must-read K–12 IT blogs, and follow him on Twitter at @BlueSkunkBlog

"We have put our network into a private cloud, called TigerCloud, to give everyone access. The goal is strategic mobility. We use Stoneware’s webNetwork to create TigerCloud, which allows all students and faculty to access their files from any device, anywhere, anytime."

"We are using Google Apps for Education, which is free, and Chromebooks, which are inexpensive and easy to manage and support. The cloud helps us better manage applications and support our users. There’s less to do on each workstation, and the applications can be updated and deployed from our network servers." 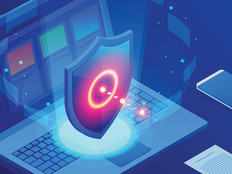