As pressure mounts to better prepare our students for increasingly competitive 21st-century careers, it’s impossible to overstate the importance of science, technology, engineering and mathematics (STEM).

In a report delivered to Congress earlier this year, the U.S. Department of Commerce said that over a 10-year period, from 2000 to 2010, STEM jobs grew at a rate (7.9 percent) more than twice that of non-STEM jobs (2.6 percent). That’s pretty compelling evidence. But it’s hardly the whole story.

As employers and schools focus more on sustainability, teachers and students are taking note of STEM’s role in the environment.

Want a clearer picture of the importance of STEM in schools? Check out this infographic from the National Environmental Education Foundation. 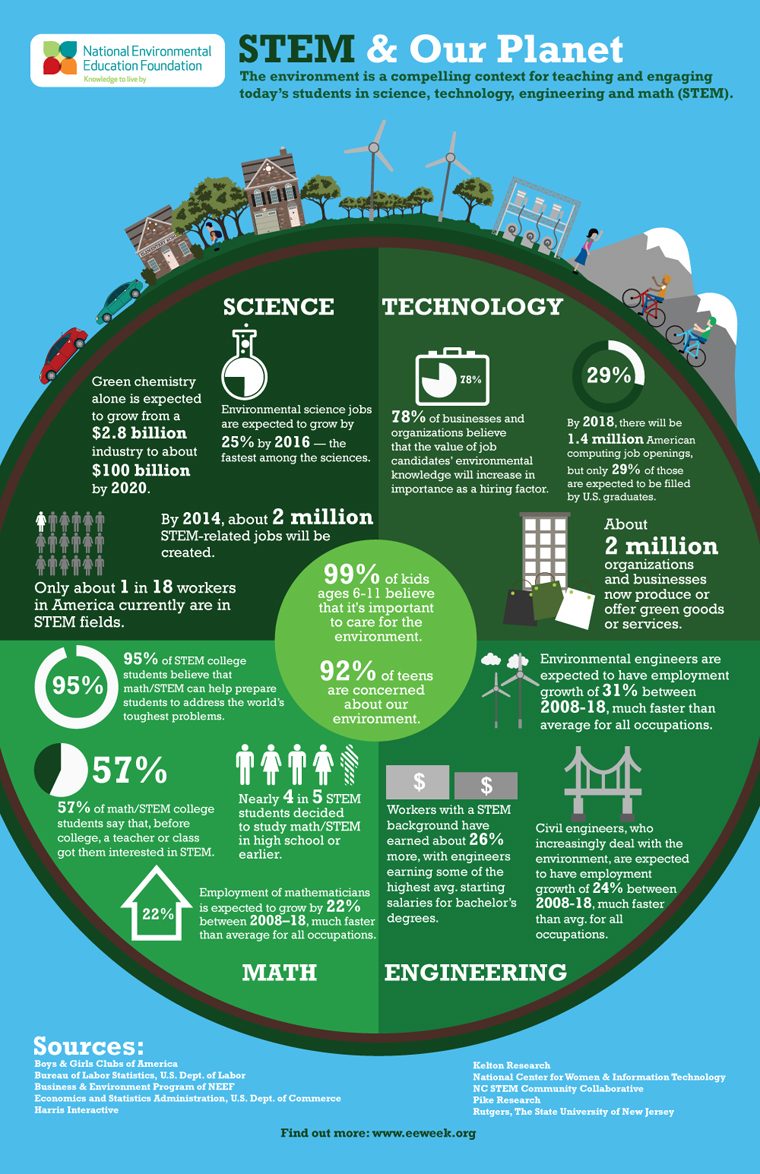 Here are a few things that surprised me:

What stands out to you? Tell us in the Comments section.