Many school districts make the mistake of putting off infrastructure improvements and ambitious projects because they appear too big and costly, especially in light of the tight budgets and small IT staffs that are the norm in K–12 education. The key to taking on these initiatives is a step-by-step approach that starts with careful planning and buying the right products and services.

“Plan your upgrade strategy up front, and don’t take on more than you need to at one time. You should always be asking the question, is this good for six, eight or 10 years?” says West Islip Public Schools (WIPS) Network Administrator Amir Pathak. “Make sure that your infrastructure — connectivity, wiring closets, switches — are configured properly and installed with the thought in mind that you’ll be adding on. Our PoE switches are already in place, for example, so we won’t have to do any swapping down the road. From here I’m just building unified telephony, my messaging and my wireless and just plugging it into the infrastructure.”

Details are important when an organization is making improvements now and laying the groundwork for the future, says Zeus Kerravala, principal analyst at ZK Research. He also points to WIPS’s installation of PoE-enabled switches as an example of a decision that will yield dividends down the road.

“You’re going to see more and more things powered by PoE, things from tools like desktop video cameras to environmental systems that will allow schools to make smarter decisions about power,” he says. “It’s a great base technology to have in place, especially for schools, which tend to leave technologies in place for a long time and need to choose the ones they use carefully.”

Kerravala adds that the IT projects that most often fail, especially with unified communications technologies, are those when organizations try to do too much at once and overload their budgets, staffs and even the users, who don’t have time to understand and exploit the potential of new tools. Another key to the success of incremental deployments is putting scalable centralized management technologies, such as the Cisco Wireless Controllers at WIPS in place, he says.

Looking Ahead in Education Technology

The foundations laid by the network infrastructure will be a platform for essential improvements in the WIPS technology environment, says WIPS Director of Instructional Technology Sue Huscilowitc. This school year’s interactive whiteboard installation is only the beginning of what she envisions as a steep increase in the district’s use of digital content and the tools that deliver the content. One aim of an ongoing re-evaluation of teaching and learning processes at WIPS is to see how they might be enhanced by technology, she says. WIPS is also exploring the educational possibilities of devices such as tablet computers.

“For students, technology is a given. If we want to hold their interest and teach them skills they need, we need to be on the cutting edge,” she adds. “Unfortunately, the frustrations for us are financial. Technology is moving faster than we can pay for it.”

The district is already exploring the value of a bring-your-own-device (BYOD) program for students. The expanded and improved wireless network will bring that discussion into sharper focus, says Huscilowitc. BYOD offers the possibility of lowering the cost of student computing. “It just makes sense for us to find some way so each kid can have a piece of technology to use at school.”

Pathak sees BYOD as almost inevitable for schools that serve technology-steeped students. “We’re not fighting BYOD,” he says. “We’re making sure infrastructure controls and security are in place. BYOD can be one more way to take advantage of the infrastructure we’re building.”

And there are likely many more ways to come, says WIPS Superintendent Richard Simon. “We’re really at the beginning of a fundamental change in how education is delivered,” he says. “We’ve only seen the tip of the iceberg of what we’re going to be able to do with technology in the next five to 10 years.” 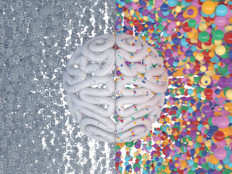