At Tallmadge City Schools, the lunch period seemed short, especially when students were bottlenecked at the checkout counter.

"When students forget their PINs [personal identification numbers] or misplace their IDs, you can lose a lot of time," says Kurt Gwin, director of technology for the four-school district in Tallmadge, Ohio. "We have to be able to move the kids through quickly to make the most of their meal time."

To improve lunch line efficiency, Gwin recently deployed fingerprint scanners at the point-of-sale terminals in the high school and middle school cafeterias. The scanners make it possible for the POS system to identify each student's preferred payment method. For instance, if a student is buying lunch with a prepaid card, the POS system will carry out that transaction automatically. If a student is buying a reduced-price lunch, this can be done without having to announce it to cafeteria staff.

"There's still a person there to assist people paying with cash or to enter new students" into the system, Gwin adds, "but this definitely makes the line move faster."

Heidi Shey, a researcher at Forrester Research, says school districts are turning to biometrics applications such as fingerprint scanning for the convenience, privacy and streamlined reporting they support. The approach works especially well for younger students. Instead of expecting them to memorize a PIN or carry an ID card, for example, school officials can simply have them "put their finger on a pad," she says.

Although security isn't currently a primary driver for schools that are incorporating biometrics into their operations, Shey believes fingerprint scanning and techniques such as retina and facial scans eventually could be used by schools to restrict building entry and to quickly confirm if a parent or guardian is authorized to take a student out of school.

According to C. William Day, senior analyst at KBD Planning Group, an educational technology and facility consulting firm in Young Harris, Ga., fear prevents many schools from embracing biometrics. "Some people consider it an invasion of privacy," he says, or worry "that their identity can be stolen."

Many schools are putting these fears to rest by explaining how fingerprint scanning technology works. When California's Desert Sands Unified School District installed a biometrics system and cafeteria POS system in the recently built Shadow Hills High School in Indio, Director of Nutrition Services Cindy Frazer sent a letter to parents detailing the scanning process. "The software picks three points of a child's print, and that's what it matches," she explains. "We don't store the child's fingerprint. That's a misconception."

So far, about 75 percent of the school's 800 students have had their fingers scanned, but "only 25 percent actually use the system at lunch," Frazer says. Extending the technology to the lower grades might be an even harder sell – not only because of the low participation rate at Shadow Hills, but also because of the technology's immaturity. "We're finding that fingerprints on the younger students aren't as well defined, and it's harder to get a match," she says.

Frazer hopes these problems will be resolved soon, however, so that the district's remaining 32 schools can reap the rewards of faster checkout lines and fewer administrative headaches associated with replacing lost ID cards and resetting passwords.

Not having to worry about students having their cards and PINs stolen is another bonus. Biometrics can even help "decrease bullying in schools," Forrester's Shey contends, "because students wouldn't have lunch money on hand to steal."

Fingerprint scanners shave 5 to 10 minutes off the wait time in each lunch line at Tallmadge Middle School in Ohio. This is particularly significant because the students' lunch period is only 30 minutes long.

Fingerprint scanner accuracy is much lower in the United States than it is in Europe. Find out why at edtechmag.com/k12/biometrics311. 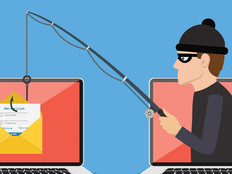 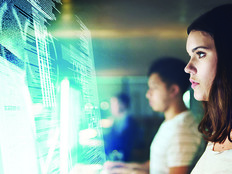