Cheatham County School District's Dale McCarver says online learning often brings out the best in students. Interacting via computer is how "they relate to the world," he says.

When nine students at Harpeth High School in Cheatham County, Tenn., failed their French class in fall 2009, it looked as if they wouldn't graduate. There was no equivalent class the next spring to make up the credits.

Then Cheatham County officials looked outside the district. They already were planning to enroll students in Tennessee's statewide e-learning initiative, Effective Engaging E-learning Environment for Tennessee (e4TN), this fall, but instead they rushed to get the nine students into an e4TN French course that began in March.

The students collected their diplomas on May 28 along with the rest of their class. Graduation was particularly emotional because just weeks earlier, Harpeth High had closed for the rest of the school year because of flash floods that ravaged the area. Students worked from home to complete their coursework.

The e4TN initiative has given students throughout the state access to classes that may not otherwise be available to them. It's also afforded advanced and at-risk students an opportunity to tailor their education and work at a faster or slower pace, depending on their circumstances.

Because e4TN representatives create the courses, which are based on state curriculum standards, and train staff, faculty and students, the program also has saved school districts countless hours, dollars and mistakes.

"It's a wonderful program," says Dale McCarver, Cheatham County School District's technology coordi­nator (and e4TN facilitator). "They've been doing this long enough that they can anticipate where the trouble spots will be, so we've had a real smooth implementation."

Dr. Wendy Oliver, a former English teacher and web design instructor, created the online learning program in 2003 for the Hamilton County School District. In 2005, the State Department of Tennessee awarded an annually renewable multimillion-dollar grant for a state-led online learning program. Program organizers then received a $100,000 grant from the National Governors Association to spread the curriculum statewide.

In 2010, e4TN was awarded a $500,000 grant by the state legislature and received stimulus funds to expand its scope. Seven districts got grants to test the curriculum; 60 others received $30,000 grants to jump-start programs, with three districts serving as regional branch offices.

John Gunn, who facilitates the e4TN program for Dickson County Schools and serves as the district's attendance director, says the initiative's effect on teaching and learning in Tennessee has been profound. "I believe it's the future of education," he says.

This fall, Dickson County's Creek Wood High School, which has offered e4TN courses since 2006, began requiring all freshmen to take an online computer literacy course. Most also have to take Algebra 1 online.

The biggest challenge, Gunn says, has been getting the technical infrastructure in place, adding that e4TN staff have been invaluable in facilitating the process.

Building the infrastructure to support online learning can be challenging, but Dickson County Schools' Joan Goodmiller and John Gunn believe it's worth the effort.

"I think the most important thing is to build that infrastructure of support [in each] building," Bell says. "I'm just one person, and this semester I have 21 districts. I support more than 800 students."

Joan Goodmiller, assistant principal of Creek Wood's Freshman Academy and the building's e4TN coordinator, says minor logistical issues have demanded the most attention. In fact, Algebra 1 students had more technical than math questions. "I was thinking, 'Oh no, the math is getting lost in the technology,' " she recalls. But each day she's spending less time mitigating technical difficulties.

"We're excited," Goodmiller adds. "It's been tiring, but it's been good tiring."

Several students at Sycamore High School in Pleasant View, Tenn., have expressed interest in physics classes, but the school's teachers weren't comfortable teaching it. So when district officials told students they could take e4TN physics courses, 12 signed up. Within a month, five had dropped the subject. "That tells me this isn't a walk in the park," Cheatham County's McCarver says.

The e4TN courses are challenging, yet engaging. "Students tell me they learned more because [the courses] make you learn," e4TN's Bell says. "It forces them to be creative and to problem-solve."

Most of the Creek Wood freshmen enjoy the online classes, "but they don't have self-discipline," Goodmiller says. "They're not used to [having] that much freedom, so we had to tighten up on that a little bit."

Although students' lack of self-discipline makes it difficult to teach the classes, it also makes a compelling case for online learning: to teach students how to pace themselves, to manage their time and to use technology effectively so they can succeed in high school and beyond. "We thought that teaching it electronically would add to the experience," Gunn explains.

The freshmen courses at Creek Wood use a hybrid model that incorporates online learning (a remote teacher leads the class) in a classroom setting (the students are in a room with a facilitator, who monitors their progress). "We feel we have the best of both worlds," Gunn says.

He's right. Studies show that a mix of face-to-face and online learning can be more valuable than either model on its own, says Alan D. Greenberg, a senior analyst and partner at Wainhouse Research.

Dickson County also offers asynchronous courses, in which students work on their own at their convenience. Zach, an emotionally fragile student with a history of suicide attempts, works from home on a rigorous online schedule. Sandra attends the virtual high school. She wants to stay in school but says she has enough drama in her life – her parents abandoned her and she has her own child – and doesn't need more of it in school.

Bell says these stories keep her going. "I wouldn't have stepped out of the classroom to do this program [if I didn't] believe in it," she says. "I've seen it help so many students."

It's certainly made a difference for Jordan Clark, who attends Creek Wood and takes online classes there after school. Most traditional classes move too slowly for him, he says, so he enrolled in an online psychology course in his freshman year. "I will never forget how awesome that class was," he says. "I was just blown away."

Two years later, he's set to graduate a full year early. "It puts me way ahead of the game," Clark says. "I'll be 17 when I get my diploma." From there, he plans to attend college, then medical school.

Online classes, he explains, require a lot of research and force students to present their ideas creatively. "It's not teaching you a bunch of facts," he says. "It's teaching you how to learn and how to go get what you need."

Teaching online classes is a powerful professional develop­ment tool as well, e4TN's Oliver says. The e4TN program has just one full-time teacher: Dr. JoAnn Shriner. All other instructors are adjuncts. "You get the best of the best, and they get the flexibility," Oliver says.

That's not to say it's easy. "It's harder to teach online because you're meeting all of the students' individual needs," she explains. "There's a lot of anonymity online, so students open up a lot more."

For many students, that personal connection makes all the difference. Oliver cites as an example one student who had a truancy problem; when he enrolled in online courses, he showed up every day. What's more, the faculty discovered he had incredible leadership skills that they hadn't noticed because, due to acne and weight problems, he tried to make himself invisible in the classroom.

These days, many kids are more comfortable and confident in front of a computer, says Cheatham County's McCarver. "It's just the way they relate to the world."

Try This at Home

Here are some tips for a successful e-learning program: 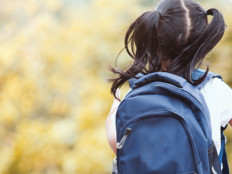