Beaverton School District CIO Steven Langford says he has expanded the skill set of his IT staff through new hires.

Would these skills make your hiring wish list? School IT leaders tell us what they look for in new staff members.

Steven Langford was just two weeks into his job as CIO for the Beaverton School District outside Portland, Ore., when he thought, “What have I done?”

It was fall 2006, and he had come from a university law school in California to a school district with nearly 40,000 students at 50 schools, little infrastructure, limited funding and only six technicians to support between 8,000 and 12,000 computers.

The superintendent had asked him to develop a three-year technology plan that would align the IT department with district, state and national technology goals. Langford realized that he had to address staffing needs first and began reorganizing his department, shuffling employees and adding 10 new positions, which increased his IT staff to 50. Then he and his team went to work on the infrastructure, implementing directory services to provide user authentication and authorization throughout the district and introducing a desktop management system.

“We needed enterprise tools,” he says. “For example, we didn’t even know how many computers we had, and that makes it hard to buy software.”

But what Langford did have was a seat at the superintendent’s table and strong support from the school board and the community. “It was about creating a shared vision,” he says. “It shows a collaborative spirit at the highest levels.” Every Monday, Langford, two deputy superintendents, the chief human resources officer, the CFO and the communications officer sit down for a three-hour strategy meeting with the superintendent.

This evolution from an administrative IT director to a CIO is essential to a school district’s success, according to Ann Flynn, director of education technology for the National School Boards Association. “We’re seeing an increasing number of districts that recognize that they need a staff person sitting at the highest level. And not just an IT specialist, but also someone who has a broader view. You’d never see the IT person who serves Amazon not sitting next to the CEO.”

As the technology leadership at K–12 schools changes, so do the skills required of the IT staff. A strong leader needs the right people to carry out the department and school district’s vision.

“It used to be a world of generalists: people who did networking, database work, administration,” says Paul Billy, director of technology services at the Lebanon-Lancaster Intermediate Unit 13, an educational services agency that serves 22 school districts in southeastern Pennsylvania. “If you look at education and technology, you have a lot of emphasis on using data to drive curriculum and best instructional practices. Now there’s a need to look at all this data.”

Technology plays an integrated role in helping students develop 21st-century skills, Billy adds. “There are also a lot of legal and regulatory issues, like Internet filtering, and big security issues. Today you need specialists, and that’s how I designed our department.”

When Billy arrived at his post two years ago, he assessed the needs of the district and the skills of his staff. “The first thing was understanding who our customers are and how to support them. The next issue was how to get the best people to execute our plan, who also have a philosophy of service. It’s a purposeful design.”

Turning generalists into specialists takes a great deal of training, and hiring new staff requires thoroughness, Billy says. “It’s very important to get the right person on the right seat on the bus. We tend to be very selective. Our philosophy is that you need to take your time in hiring.”

“The IT leader needs to be one part visionary, one part technician and one part therapist,” says Woodburn School District IT Director Chuck Dinsfriend.

Finding candidates with the diverse skills needed for a rapidly changing educational IT environment is a challenge, says K. David Weidner, a project director for the Consortium for School Networking, (CoSN), which supports technology leadership in K–12 schools.

“Typically, a school district will put an ad in the local paper, find someone who was a techie or web developer, but doesn’t have the expansive skills they’re looking for,” Weidner says. “School superintendents can evaluate a fifth-grade teacher or a principal, but it’s very difficult when you have a highly technical person who works with HTML programming and routers and hubs. How do you evaluate that?”

It’s also a challenge for school administrators to think of their tech chiefs as leaders, and not just as “the person to fix the printer cable or make sure there’s toner in the machine,” Weidner says.

Shortly after starting his job this past fall as director of IT services for the Woodburn (Ore.) School District, Chuck Dinsfriend hired a consultant to assess the district’s needs and his department’s ability to meet them.

“We have a good staff, but there’s just not enough of the right staff to carry out our mission,” he says. “As a new guy, I couldn’t see all the bones under the carpet. By bringing in the consultant, I was able to justify the need for more staff: a data analyst, a webmaster and a network manager or two.”

The next thing Dinsfriend did was develop a telephone help desk, which allowed his department to resolve 70 percent of the district’s IT problems over the phone. “That was huge. The customers are very happy with it,” he says.

The focus on customer service means Dinsfriend values the people skills as well as technical abilities of his staff. “The IT leader needs to be one part visionary, one part technician and one part therapist,” he says.

“You need to be a strong communicator with nontechnologists,” he adds. “You can be the best at what you do, but if you can’t communicate it to the teachers and the superintendent, you won’t be effective. These are highly educated people, so you can’t talk down to them.”

In Search of Strategic Assets

Daniel Davis, CIO for Aurora (Colo.) Public Schools, puts it this way: “Technical skills can be taught, so we don’t put a lot of emphasis on that. We look for soft skills, like a commitment to students and a focus on district objectives, not personal ones. We want people who are collaborative but can also think for themselves.”

The Aurora district is nationally recognized for its innovative IT programs, developed under the leadership of Superintendent John L. Barry, a former Air Force general who joined the district in 2006. Aurora has an IT team of 30 staffers overseen by Davis and an instructional technology team composed of 15 staffers and eight coaches and trainers. The goal of both teams is to support student achievement, says Ivan Duran, director of instructional technology. To that end, having an IT department that not only troubleshoots but also provides training for teachers and staff is critical.

“Our vision is to be a strategic asset to the district, as opposed to just an operational asset,” Duran says.

Building the right teams is a rigorous process that typically starts with a job posting on the district’s HR website. A committee of representatives from every department that a new hire would interact with takes part in the interview process.

“We’re looking to see how much someone wants the job,” Davis says. “We ask them what they know about Vista 2010, the district’s strategic plan. That tells us who’s researched our mission and has a desire to help us fulfill it.”

As a result of the thorough interviews, Duran says, turnover is low. “People love what they’re doing, and they are passionate about it.”

That low turnover is reflected at schools around the country, says Keith Krueger, CEO of CoSN, which is currently working on a survey of IT employment trends in K–12 schools. “You find a lot of people who have long histories with their districts,” he says. “That’s one upside to working in educational technology; it’s more stable and secure than other sectors.”

As the strategic role of educational IT departments expands, the demand for curriculum integration specialists will also grow, Krueger says, which is good news given the economic downturn. “If the economy continues like this, there will be a lot of unemployed IT workers in the private sector who might want to work in education. Of course, districts may not have the funds to hire them, but it will be easier to find the right people.”

It’s unclear how a tough economy might affect the development of technology in K–12 education, Krueger says. “Will it encourage school districts to make bad choices and slash discretionary funding? Or will this give technology departments the opportunity to say, ‘Hey, there are some better ways to do things?’ A little investment in technology can result in huge cost savings down the road.”

What are the top three most-needed IT skills at your organization?

Source: CDW•G poll of 537 IT administrators

The Ultimate IT Staffer

Aurora (Colo.) Public Schools CIO Daniel Davis and Director of Instructional Technology Ivan Duran drew up a list of qualities they look for when they hire. An ideal candidate must be: 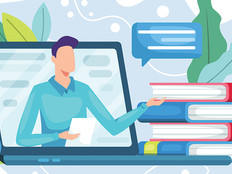 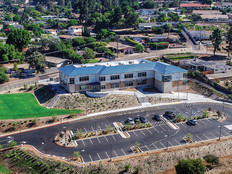