“A hurdle: Next year, there won’t be any EETT funding for NCLB technology programs.”

It’s a given that kids take to technology like fish to water. Don’t bother with reading the instructions first on holidays and birthdays. If you give a child some kind of technical device, they’ll manage to get it working in no time, scoring baskets or touchdowns or putting Tetris blocks into position. But do Game Boy skills translate into true technology literacy? And how do we assess what technology literacy means for eighth-graders?

The No Child Left Behind Act made answering these questions a mandate for schools across the country. Every U.S. school district must demonstrate that its eighth-graders are technology literate. Two-thirds of the states had adopted technology standards for their students by last year. Unfortunately, only a fifth of those states also had assessments in place to measure whether their students met the standards.

EdTech spoke to educators in four states about where they stand in meeting NCLB’s technology requirements for our story “Focusing in on Tech Literacy” on Page 32. One major problem for school districts is creating the assessment itself; and another hard-to-counter obstacle is a lack of funding for assessments. In 2002, the year after NCLB became law, about $700 million in funding was available through Enhancing Education Through Technology (EETT) grants to create technology programs, curriculum and teacher training. Four years later, the funding pot dwindled more than 60 percent to $272 million, and next year, according to the proposed budget, there won’t be any EETT funding at all.

The precipitous funding decline has left numerous educators disheartened and unsure whether to move forward with formal assessments or accept teaching to the standards as enough. The National Education Technology Standards, crafted by the International Society for Technology in Education, is the baseline against which most schools conform. But there’s no de facto assessment standard emerging.

So, back to the original question: Does game savvy translate into tech literacy? My guess is probably not, though games and Internet use introduce the basics of computer navigation and instill confidence with the form factor. As a recovering gaming fanatic, I can attest that there’s a huge difference between meticulously searching caverns for rounds of ammunition versus putting critical thinking skills to work when navigating the Internet or working a spreadsheet. With games, there’s a gratifying, instant reward. You can’t fight without explosives, and you’ll die without a medic kit. When a spreadsheet stops generating error messages, it provides a different type of reward — without sound effects or any fun factor. So, while there’s a connection, there’s a big gap between computer game literacy and the type of literacy that our students need to compete in the 21st century. But that’s just my guess.

As citizens, parents, students and educators, we do need to test the assumption and see where our perceptions hit the mark and where they miss it. Luckily, our school districts aren’t working from an assumption that our kids get information technology. The majority of educators teach to standards, and a growing minority have assessments in place to determine what’s working and what’s not. Until we find out what kids have actually learned from their near-constant exposure to computers, games and the Internet and then measure the gap between what they’ve gleaned and what we’d like them to know, we’ll never truly know. 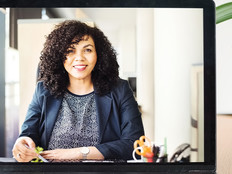 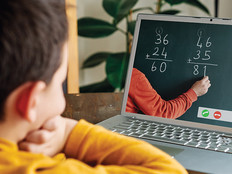