Higher education institutions are releasing more and more mobile apps, and campus IT teams are prioritizing mobile devices in their IT planning activities, according to The 2013 Campus Computing Survey, unveiled Thursday at EDUCAUSE by The Campus Computing Project.

The annual study also revealed that CIOs and senior campus IT officials view instructional integration and support alongside service issues as their top technology priorities over the next two to three years – the same top concerns seen in last year’s survey. Of the 2013 survey’s 451 institutional participants, 79 percent reported that “assisting faculty with the instructional integration of information technology” is a very important institutional IT priority, and 73 percent said “providing adequate user support” and “leveraging IT resources to advance the student success/student completion agenda of my campus” as top priorities.

“Viewed in aggregate, five of the seven issues identified … focus on technology-based services rather than pure technology issues,” Campus Computing Project Founder Kenneth C. Green said in a statement. Each of the priorities “are all service issues that support larger institutional goals and priorities.”

“Although the numbers may vary by sector, there is a clear message in the new survey data that the top campus IT issues are really about enhancing and expanding IT services.”

The survey shows that private universities are leading the move to mobile, with 95 percent of those surveyed reporting that tablets and smartphones will be given greater priority in their IT planning activities. Of those, 86 percent said tablet devices and 82 percent said smartphones will be “very important” in planning through the next two to three years compared to 62 percent who cited laptop computers.

“These are all infrastructure issues,” Green pointed out while presenting the survey Thursday morning.

Participants rated library resources and services investments as the most effective on their campuses, but indicated investments in research and scholarship as well as data analysis and managerial analytics were least effective.

“How do we get to great? Is it a matter of budget, a matter of resources?” Green asked those gathered. “My take on it is this: IT leadership has not done a good job, in general, communicating the value and effectiveness of what’s going on.

“That -- as much as anything -- should be among the priorities for IT officers. It’s a communication issue.” 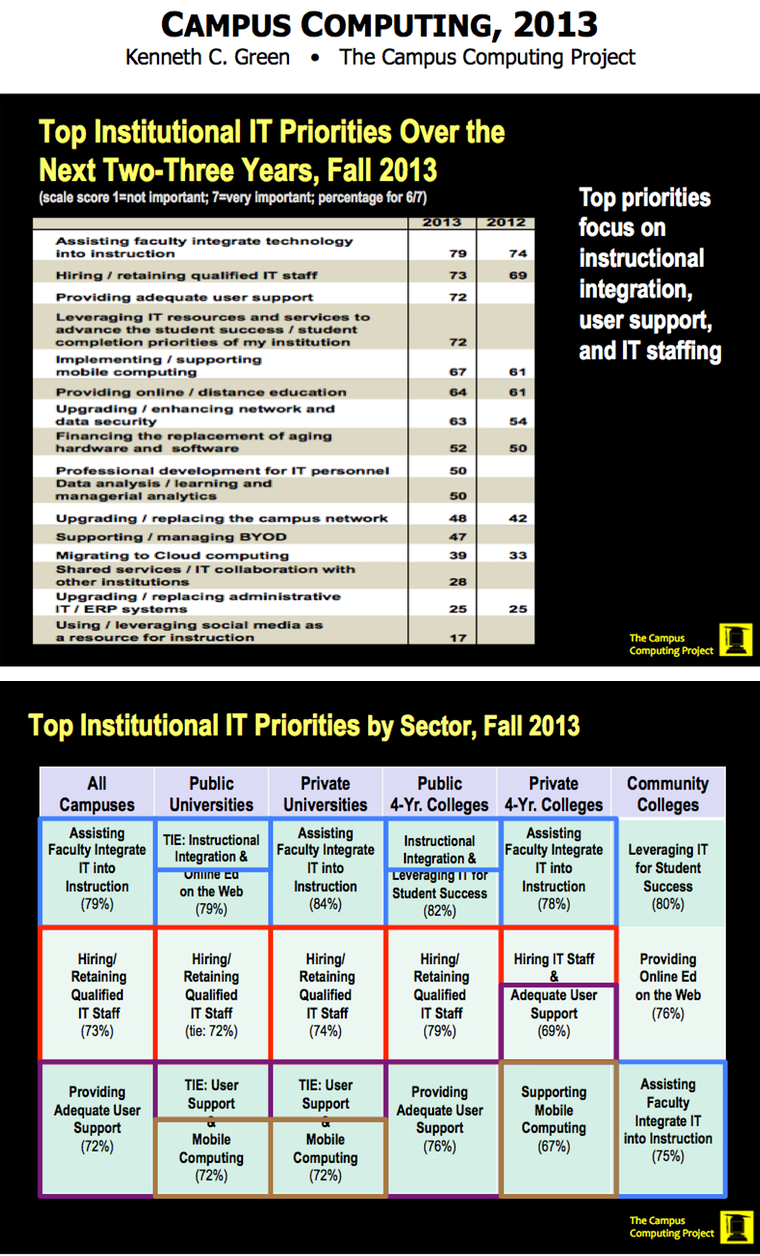